View source
watch 02:46
The Quarry - The Loop
Do you like this video?
Play Sound
Main page CreditsManualsBeta elementsGallery

Sonic & Knuckles (ソニック＆ナックルズ, Sonikku & Nakkuruzu?) is a platform game in the Sonic the Hedgehog series, developed by American studio Sega Technical Institute in collaboration with Sonic Team, and published by Sega for the Sega Mega Drive in 1994. It serves as the continuation to Sonic the Hedgehog 3. The game features unique "lock-on technology" which enables another cartridge to be plugged in via the socket on top.

Following immediately after the first part of the Angel Island incident, Sonic the Hedgehog has once again managed to stop the Death Egg's launch into space, thus leaving it to fall from the sky once more. Unfortunately, the Death Egg soon falls into the Floating Island again, this time right into the island's volcano. Meanwhile, after Sonic threw himself out into the sky following his last battle, he is swept by the wind into Mushroom Hill Zone, a lush forest with gigantic mushrooms. Seeing the still-intact Death Egg collide with the Floating Island's volcano, Sonic knows things are far from peaceful once more, as it will only be a matter of time before Dr. Robotnik restores the Death Egg once more.[3]

Gathering his resolve, Sonic prepares to set out for the Death Egg and destroy it once and for all. However, he is suddenly interrupted when he notices Knuckles the Echidna, the guardian of the Floating Island, who had been tricked into helping Robotnik, appear from a hidden door in the thicket. After carefully examining the vicinity, Knuckles disappears into the forest. Once sure that Knuckles is gone, Sonic emerges from his hiding place and opens the door Knuckles came out of with a nearby Switch. Inside the hidden room, Sonic is caught in an overflowing, dazzling light. Taking a closer look inside the light, he sees a Super Ring. Unable to quell his curiosity about what this ring could be, Sonic touches it, causing him to be taken to Hidden Palace Zone, a giant solemn hall with a pristine altar. Looking around, Sonic sees that the altar has a giant Chaos Emerald enshrined in it: the Master Emerald. Filled with questions, Sonic decides to set off to find the Chaos Emeralds, stop Dr. Robotnik from re-launching the Death Egg again, and discover the mystery of Hidden Palace Zone.[3]

Returning to Mushroom Hill Zone, Sonic eventually uses Robotnik's Flying Battery Zone to go to Sandopolis Zone. From there, he ends up in Lava Reef Zone, where the Death Egg is. However, the space fortress quickly uses its eye lasers to reactivate the volcano in an attempt to stop Sonic. Surviving this change in environment in spite of the odds, Sonic soon finds himself in Hidden Palace Zone again. There, he has a showdown with Knuckles. After Sonic manages to defeat Knuckles, the two witness Robotnik attempting to steal the Master Emerald to use it to power the Death Egg. Knuckles attempts to stop Robotnik as he flies away with the Master Emerald in the Egg Mobile, but Robotnik quickly gets away after he electrocutes Knuckles with his Egg Mobile's electric cords. Realizing that he has been fooled all along by Robotnik and that Sonic has actually been trying to do good, Knuckles takes Sonic to Sky Sanctuary Zone with a Warp Point. There, the two see the Death Egg successfully relaunch itself. With Knuckles too tired from the beatings he has received, Sonic goes on without him to stop Robotnik. As Sonic runs through Sky Sanctuary Zone, he has numerous encounters with Mecha Sonic, a robot created by Robotnik. However, Sonic manages to defeat the robot in each encounter and succeeds in catching up to the Death Egg and getting onboard.

With the Death Egg having made it into space, Sonic blasts through Robotnik's numerous contraptions throughout the Death Egg. After overcoming Robotnik's Death Ball, controlled by Robotnik himself, Sonic gives chase to Robotnik, who ends up boarding his Giant Eggman Robo, a mech powered by the Master Emerald. After Sonic destroys the mech, a chain-reaction is triggered throughout the Death Egg that causes the entire space fortress to crumble and explode. The ending of the game will then depend on whether or not the player has collected all seven Chaos Emeralds:

While relaxing in Mushroom Hill Zone with the island's Animals, Knuckles is attacked by an EggRobo, who drops a bomb in front of him. Surviving the bomb's explosion whether through luck or sheer toughness,[4] an enraged Knuckles takes off after the EggRobo.

After a series of encounters with the EggRobo, Knuckles finds himself in Sky Sanctuary Zone, where it is shown that the Floating Island has begun to fall from the sky once more. There, he is caught by the EggRobo using an Egg Mobile and its tethered hook, and is brought before a reactivated Mecha Sonic. As Mecha Sonic moves in to attack him however, Knuckles escapes, leaving Mecha Sonic to accidentally destroy the EggRobo and the Egg Mobile. A battle between Knuckles and Mecha Sonic soon follows, with Knuckles emerging victorious. Not giving up yet though, Mecha Sonic retreats to a stolen Master Emerald, which explains why the Floating Island has begun to fall again. Despite using the Master Emerald to its advantage by harnessing its power repeatedly to assume a Super State, Knuckles manages to defeat the robot anyway. Upon Knuckles' victory however, their battle arena suddenly crumbles away beneath them. The ending of the game will then depend on whether or not the player has collected all seven Chaos Emeralds:

Sonic & Knuckles is a 2D side-scrolling platforming video game, which plays almost identical to Sonic the Hedgehog 3. Players can control either Sonic the Hedgehog or Knuckles the Echidna by selecting either of them in the title screen. Both characters can perform basic actions such as running and jumping. However, both have unique abilities that differ them from each other: Sonic retains his Insta-Shield from Sonic the Hedgehog 3, while Knuckles runs slower and jumps less, though he is able to glide and climb walls. Each character has their own story.

The main goal of Sonic & Knuckles is to pass a series of Acts in less than ten minutes. In these Acts, the player can find rings, which basically work as the playable character's life source. When hit while having at least one ring, the playable character will remain alive at the cost of losing all rings. However, if the player gets hit without having any rings, they will lose a life, or get a Game Over if they do not have any lives left.

The Special Stages in this game are essentially the same as in Sonic the Hedgehog 3. There are a few differences though; mainly they are considerably harder than their Sonic the Hedgehog 3 counterparts. As well as having the blue, red and gray-and-red bumper spheres, a new kind has been introduced: yellow spheres act as springs and propel the character a set distance across the stage, this being about five spheres. Most yellow spheres are helpful, however there are a few that will catapult the player into red spheres, spelling failure for the player.

The Chaos Emerald appears at the end of the Special Stage just like in Sonic the Hedgehog 3, although when playing the complete game Sonic the Hedgehog 3 & Knuckles this will be a Super Emerald. The same rules apply throughout; enclosing a patch of blue spheres by touching the ones on the outside will turn all those spheres into rings, and collecting all rings in a stage awards a Perfect bonus of 50,000 points (an extra life). 50 rings awards a Continue.

The Special Stages in the Sonic & Knuckles Zones are not quite as straightforward as in Sonic the Hedgehog 3. The player will often have to perform clever tricks to complete them, such as making several jumps and turns in succession. As well as being harder in difficulty themselves, there are fewer opportunities to even attempt to get Emeralds. They all have to be collected before the end of Lava Reef Zone and the Giant Rings can be hard to find.

Similar to Sonic the Hedgehog 3, Sonic & Knuckles features two Bonus Stages: Slot Machine Stages[9] and Glowing Sphere Stages.[10] These can be entered by collecting a certain number of rings and passing a Star Post, which will generate a Star Circle above the Star Post. The player must touch this Star Circle to enter a Bonus Stage. The Bonus Stage that is played depends on the amount of rings the player had when they passed the Star Post. Unlike Special Stages, Bonus Stages serve only to get items, such as rings or shields, and do not affect the story of the game.

Glowing Sphere Stages have the player traveling to the top of the stage using floating glowing spheres while having to escape from a field of energy that slowly rises upwards. When touching a glowing sphere, the playable character will spin around it. To progress, the player must tap

at the right time to launch themselves upward from the glowing sphere. Throughout the Glowing Sphere Stages are also smaller spheres that, when touched, will generate a random Gumball that will go upward. In addition, objects such as rings, Bumpers and Flippers are found here as well. Glowing Sphere Stages end by either getting to the very top of their stage or touching the rising field of energy.

These are the achievements that are added to the player's Gamerscore in the Xbox Live Arcade version of Sonic & Knuckles:

In the Sonic the Comic comic series and its spin-offs published by Fleetway Editions, the main storyline from issue #47 to #53 is loosely based on the plot of Sonic & Knuckles, although there are several changes.

In the Sonic the Hedgehog comic series and its spin-offs published by Archie Comics, there was a tie-in of the game in Sonic & Knuckles, which was the second issue of Sonic Special comic books, loosely based on the plot of the game. It has also been confirmed that the events of Sonic & Knuckles have taken place in the Post-Super Genesis Wave timeline. The game's plot would have been adapted in Sonic the Hedgehog #291 as the fourth and final part of the "Genesis of a Hero" storyline, but was ultimately cancelled before its release. 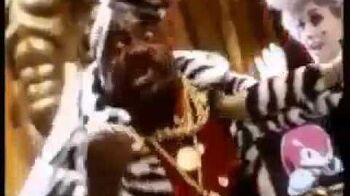 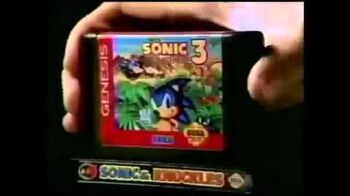 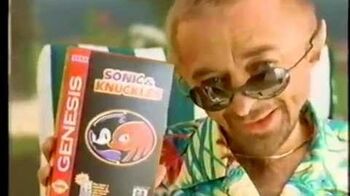 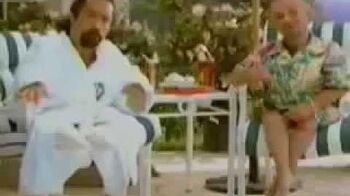 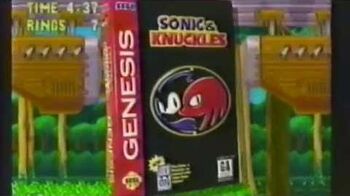 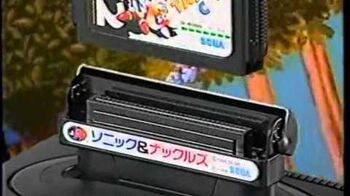 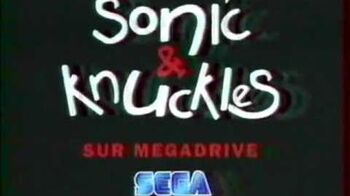