A section of Soleanna Forest, from Sonic the Hedgehog (2006).

Soleanna Forest,[1] also known as the Forest,[2] is a Town Stage in Sonic the Hedgehog (2006) and is one of the three hub worlds presented in the game. From here, players can access Action Stages, obtain Town Missions and collect Medals. It is an open part of wilderness outside the urbanized areas of Soleanna.

Soleanna Forest consists of two parts. The first part is full of tall and old trees, with their network of roots everwhere. The other part is the ancient castle that the royal family of Soleanna lived in until the accident during the Solaris Project. The latter is guarded by the priests who offer trials, and the ones who complete them will be allowed access to the castle through an Eagle. Soleanna Forest is also shown to be in a mountainous area, as there are several caves in the enclosing mountain walls. In both ends of the Forest there are two doors that connect to either Soleanna New City or Soleanna Castle Town.

Soleanna Forest was originally the site of the previous castle of the royal family of Soleanna, until the accident during the Solaris Project ruined the whole castle, leaving Soleanna Forest and the ruins as just a place for sightseeing.

In Sonic's story, Sonic the Hedgehog first came to Soleanna Forest after defeating the Egg Genesis, where he escaped into Tropical Jungle with Elise. However, he later returned to reach Kingdom Valley, after completing the three trials given by the priests.

In the Last Story, both Elise and Sonic were going through Soleanna Forest. However, Mephiles used his Chaos Emerald to distract them, and from behind, he impaled Sonic and killed him. After the final battle with Solaris, it is unknown what is the state of Soleanna Forest is as the incident during the Solaris Project was erased from history. 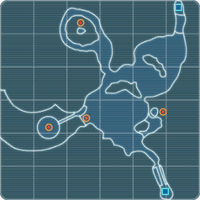