A supergiant flying fortress made to be the final line of defense. Can Sonic fend off the relentless chase from Metal Sonic in a high-altitude battle?

Sky Fortress Zone is the fourth Zone in Sonic the Hedgehog 4: Episode II. It takes place above the clouds in Acts 1, 2 and 3. Acts 2 and 3 take place on a large aircraft. This Zone is a hybrid of Sky Chase Zone, Wing Fortress Zone and Flying Battery Zone.

Act 1: The Tornado Takes Off!

After passing through three zones on the ground and fighting off the combined forces of Dr. Eggman and Metal Sonic, Sonic and Tails pursue Eggman on the Tornado. Throughout the act, Metal Sonic pilots a new aircraft, launching Balkiries at Sonic and Tails and shooting homing energy balls. The act ends with either Metal Sonic crashing into the fortress and retreating, or falling out of the sky by being defeated by the duo.

The Tornado lands on the Fortress, so Sonic and Tails need to find Eggman on the fortress as they come across Cluckers from Sonic the Hedgehog 2 and new red Fullboars which charge at them. Will they find Eggman in this massive airship?

Sonic and Tails have been on the aircraft for quite a while since they have landed, and there's still no sign of Eggman. Then, Sonic and Tails come upon ring shooters and boosters which shoot fire. Will Sonic and Tails find the evil scientist?

Boss: Showdown in the Skies

Sonic and Tails get back onto the Tornado, when suddenly, Metal Sonic tries to hit them, but thanks to Tails' skills in flying the Tornado, as they escape they try to defeat Metal Sonic. Will the duo be able to do it? 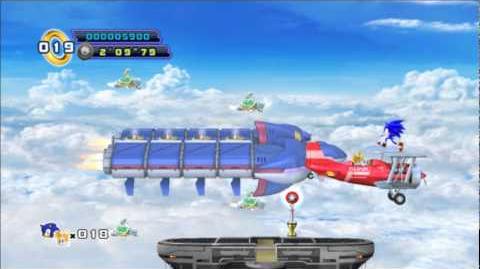 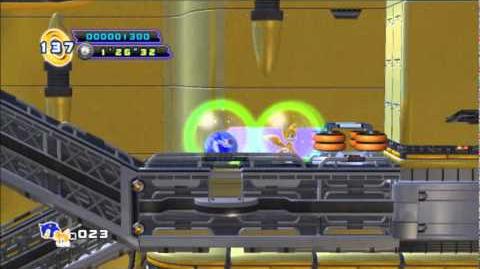 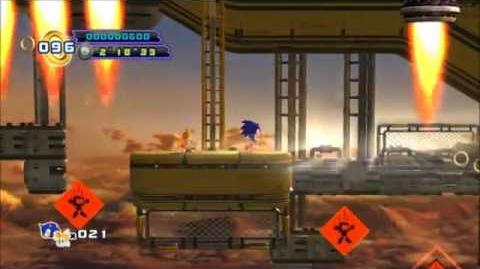