Time for you to disappear, Iblis Trigger!

— Silver, before the fight against Sonic

At the beginning of the battle, the player should quickly hit Silver ﬁrst, scoop up the Rings in the center of the arena, then get out of the way as Silver launches his ﬁrst attack. The player should stay clear of the crates to prevent Silver from using them and his Psychokinesis against the player. When Silver starts to charge up an attack, the player should run and slide into the psychic hedgehog. The kick attack will knock Silver to the ground, giving the player an opprotunity to move away before he recovers and tries to launch any nearby crates, chairs or tables at Sonic. The player must repeat this pattern of either kicking Silver or using Sonic's Homing Attacks to bounce off his head. After six hits, Silver will be defeated.

Advanced users technique: The player can attack Silver while he is levitating. The player should run around until he does this, which will temporarily leave him vulnerable.

Before engaging Silver, the player should pick up some safety Rings. There are two lines of Rings on the conveyor belts that stretch through the middle of the arena, as well as Rings Item Boxes under the crane towers. The player should avoid trying to attack Silver when he is not holding an object using Psychokinesis, as doing so will allow Silver to grab Shadow instead. Silver will freeze the player in midair, then ﬂing the player across the arena. Should the player hit the wall, they will lose their Rings. The player has a few seconds to recover them and ﬂee the area, and if the player stays in the same place for too long, Silver will rush up and grab the player with PK again. When Silver is using PK to lift things he can throw, he is vulnerable. As soon as the player sees Silver lifting barrels, they should rush him and smash into him with a Homing Attack. Once Silver is knocked down, the player must run away to another part of the arena before he recovers and grabs Shadow. The player can also lure Silver to run near a train cargo before destroying it, which will cause damage to Silver upon its destruction.

Advanced users technique: The player can attack Silver while he is levitating. The player should run around until he does this, which will temporarily leave him vulnerable. 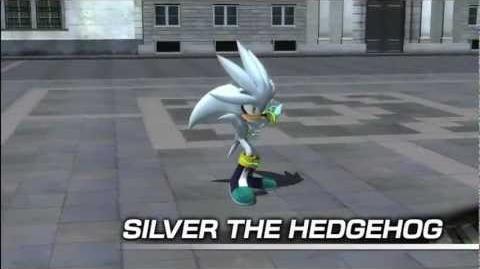 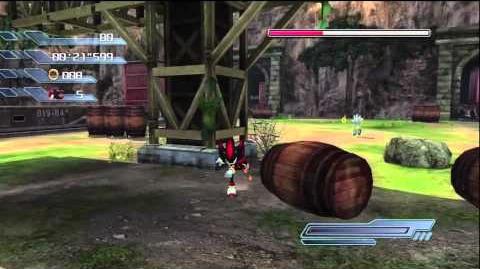