Not to be confused with Security Corridor.

Rouge in Security Hall, from the 2012 remaster of Sonic Adventure 2.

In order to steal more Chaos Emeralds for the Eclipse Cannon, Dr. Eggman suggests a three-part plan. First, he will distract the military guards of Prison Island, while Shadow places a bomb among G.U.N.'s weaponry. However, because Dr. Eggman ran into an unexpected delay on his end, he ordered for the bomb to be set to explode in fifteen minutes. Rouge infiltrates the G.U.N. base and has five minutes to steal the three Chaos Emeralds G.U.N. has acquired and meet up with Shadow and Eggman before the bomb goes off.

In this stage, there are giant Fans, Springs, locks, and enemies as obstacles. The Safes can only be entered through digging in once the Ball Switch for it has been pressed. Ball Switches to these are located in the upstairs room, and only one can be active at any given time.

Rouge begins the level by defeating a Rhino Spike. She can then move on to explore the hall and look for the Chaos Emeralds. Rouge must collect the three gems hidden throughout the stage within five minutes.

The Mystic Melody is required for this mission, as it is used to collect some Rings hidden by the Ancient Ruin. Some Rings are hidden inside Steel Containers and others are inside Safes.

The player should start by taking the Pulley to the top floor and standing at the highest point in front of the yellow letters. They must turn on the Treasure Scope, and they will see a Spring on top of the letter "B". They must bounce from it to reach a platform where they will find the lost Chao.

Security Hall is not very large, so finding the Chaos Emeralds with the Emerald Radar should not take too long. The player should begin by Gliding around the lower floor, and if nothing comes up, they should move to the top. It is worth noting that Chaos Emeralds can be hidden inside Safes.

As with all Hard mode treasure hunting levels, the Chaos Emeralds are hidden in three pre-set locations, and are as follows:

The Level Up Item in the Security Hall is the Treasure Scope, which can be found in a room that is protected by Steel Containers. The Mystic Melody is required to obtain it.

At the beginning of the stage, the player should jump over the right rail and float above the fans in the upper left corner, close to the bar wall. From there, Big can be seen hiding under the floor holding onto the wall below. The player should carefully Drill Drive under the floor, then Glide toward the central pillar, which will allow for a better look. However, descending as far down the wall as Big is will result in the loss of a life.

In Hard Mode, Big can be seen clutching onto the money fan in front of it. 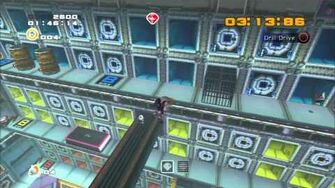 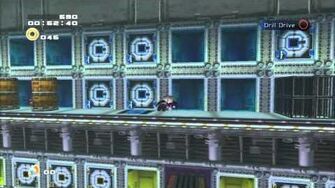 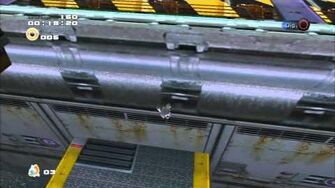 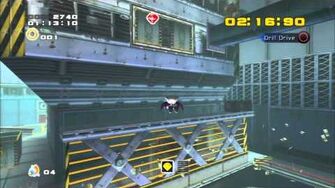 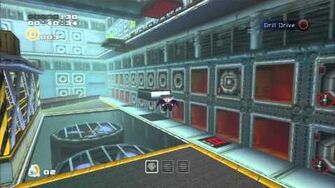