Tails in Secret Base Zone, from Sonic Advance.

Secret Base Zone (シークレットベースゾーン, Shīkuretto Bēsu Zōn?) is the second Zone in Sonic Advance. It is a large, typical factory installation. Like other Zones in the game, Secret Base Zone consists of two Acts, with a boss at the end of the second.

Secret Base Zone is a typical, brown-colored factory. The entire Zone takes place during nighttime. It is notable for being full of machines. Outside of the factory, a big city is seen as well. Some buildings with a greenish tone under construction are also present.

Dr. Eggman visited Secret Base Zone during his quest to establish the Eggman Empire by finding the Chaos Emeralds and turning Animals into Badniks. Hot on his heels however, were Sonic, Tails, Knuckles and Amy, who came to Secret Base Zone, where they freed the Animals and found a Chaos Emerald there. Later, Eggman battled them with his Egg Press, but was defeated. With Eggman fleeing from Secret Base Zone, Sonic and co. followed him.

Secret Base Zone is a typical industrial level that features a host of manufacturing-based obstacles: swinging hooks to leap across the ceiling, pressurized tubes to sweep the player through a pipe network, steam tops, lava crucibles with Volcanic Bullets, and free-floating iron platforms. Less-usual gimmicks include Zip Lines crisscrossing the foreground, and dual chutes that drop the player through the background.

A unique effect in the very first outdoor part of Act 1 is a floodlight motif.

Act 1 starts with some buildings under construction, where the player has to advance using Zip Lines. They will eventually enter a fully working factory, with lots of machines and Badniks inside of it. There are several rooms and hallways full of obstacles and puzzles. Some fast-paced locations are found in the Act as well, completed with loops everywhere.

Act 2 is mostly the same as Act 1. A Special Spring is found here as well. At the end of the Act, the player arrives in an open arena where they will fight Dr. Eggman and his Egg Press. Upon being defeated, Eggman will flee, dropping a capsule with Animals trapped inside in the process. Open the capsule to complete the Act.

The boss of Secret Base Zone is the Egg Press, which is encountered at the end of Secret Base Zone Act 2. The boss attacks by pogoing around the arena. After taking a few hits, the Egg Press will spring off the screen, then slam back down with an earth-shaking attack that inflicts damage if the playable character is standing is standing on the ground. In addition, landing more hits after that makes the Egg Press picks up speed. Hit it a total of eight times on Normal mode, or six on Easy mode, to defeat it.

In Sonic Pinball Party, Secret Base Zone appears as one of the levels on the Sonic board. 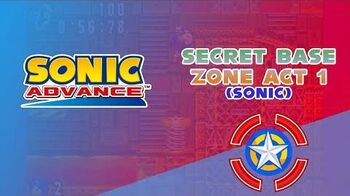 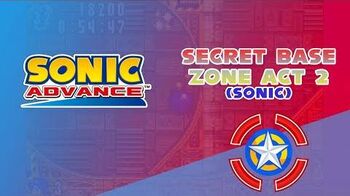 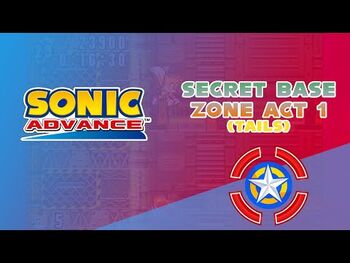 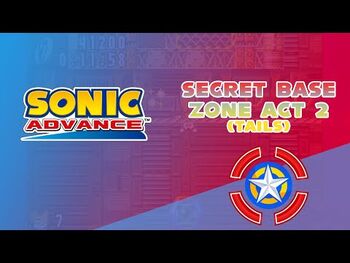 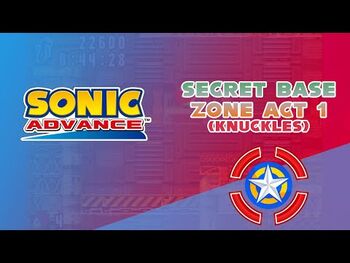 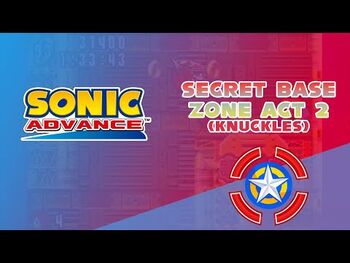 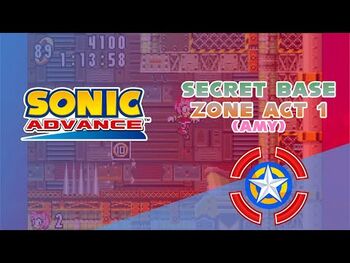