Sonic in Route 99, from Sonic Advance 3.

Route 99 (ルート99, Rūto 99?) is the first Zone of Sonic Advance 3. It is a highly urbanized area and one of the parts of the earth that Dr. Eggman created when he broke the planet apart with Chaos Control.

Route 99 is an urban city built around a large metropolis arranged with rails, construction and switches. Skyscrapers can az well be seen in in the background.

Route 99 is the starting point of Sonic and Tails' adventure after being separated from their friends by Eggman's world-shattering experiments with Chaos Control.

This mess of highway features a lot of straightaways to allow the player to become accustomed to the game's high speeds. There are also some simple platforming, switch puzzles and Grind Rails to get the player used to the Tag Action-based gameplay. Gimmicks include moving boxes, Star Light Zone-styled Seesaws, Spring Poles, corkscrew bridges, and Platform-raising Wheels. Dangers include Badniks, spike pits, death by crushing, and a brief bottomless pit near the end of Act 1.

Route 99 on the Zone Map 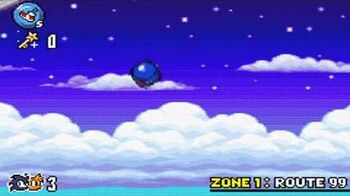 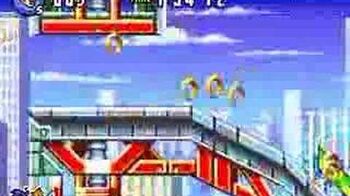 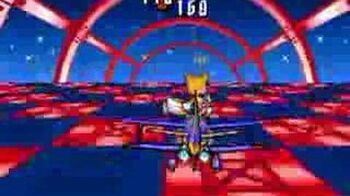