A long stretch of highway in Central City.

Route 280 is the dark story equivalent to Route 101. There are also more turns in the road and much less Rings, Item Box balloons, and checkpoints.

After finding out that Tails was awarded a Chaos Emerald, Rouge went to the highway to track him down.

Route 280 has a number of gaps, meaning that if Rouge falls off the course, the player will have to start again from the beginning. The control scheme in this stage is the same as in Kart Race Mode.

Along the way, the player should hit all of the Floating Item Boxes that appear on the path. Each of these objects contain power-ups holding between ten to forty Rings. As long as the player avoids any large mistakes, the mission should be fine.

This may sound easy, but if the player is not careful, this mission can be extremely frustrating. The player should take their time and not be afraid to hit the brakes, even if the goal is to score an A Rank, as three minutes is a generous amount of time to do so.

Everything from the earlier mission applies here. Additionally, the player should not try to power slide, and instead take the turns slowly. Only using the speed boost on straight stretches can help to further avoid the possibility of hitting a wall.

In Hard Mode, the amount of time given by checkpoints is decreased. 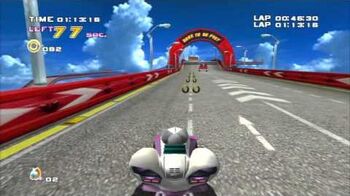 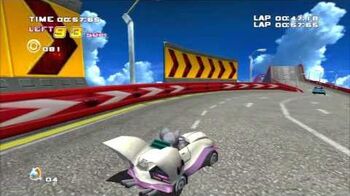 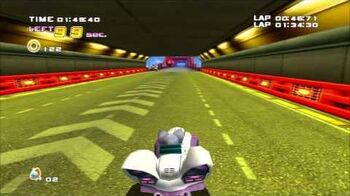 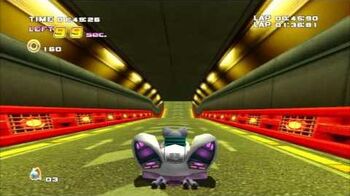 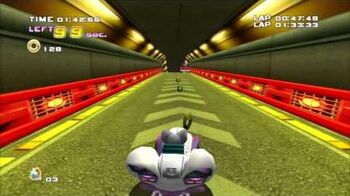