For other uses of the term, see Resistance (disambiguation).

The core members of the Resistance, from Sonic Forces.

Grr, those resistance pests and their clever little plots. They're like something on your shoe that you can't wipe off.

The Resistance (レジスタンス軍, Rejisutansu-gun?, lit. "Resistance Army"), also known as Sonic's Army,[2] is a group that appears in the Sonic the Hedgehog series. It was a rag-tag[4] freedom fighting organization lead by Knuckles the Echidna[1] which was formed to liberate the world from the subjugation of Dr. Eggman after the Eggman Empire conquered most of the planet following Sonic the Hedgehog's defeat at the hands of Infinite.

The foundation for the Resistance was laid when Silver the Hedgehog came to Knuckles the Echidna to warn him of a calamity that would befall the world in the near future. Surmising that his involvement was going to be crucial in saving the world, Knuckles left his post on Angel Island, swearing to lead the resistance against whatever was heading their way.[5]

When Sonic the Hedgehog disappeared after being defeated by Dr. Eggman's right-hand man Infinite,[6] Eggman began his conquest of the world with his Eggman Army. Those of Sonic's friends who escape Eggman’s invasion however,[6] decided to continue the fight despite believing that Sonic was dead, and formed the Resistance.[4] Keeping his promise, Knuckles assumed leadership over the Resistance, his flair for daring plans making him suited for the position.[1]

Establishing a hidden HQ, the Resistance gathered an army of soldiers, a wealth of new weapons, and a fleet rivaling that of the Eggman Fleet. Figures like Amy Rose, Team Chaotix, Silver the Hedgehog and Rouge the Bat made up the high-ranking officials in the Resistance. However, the Resistance was unable to make contact with Tails, who had "lost it" after Sonic's disappearance.[7]

The Resistance soon suffered another loss when their defenses in Green Hill were overcome by the Eggman Army while their soldiers got scared off by Infinite.[13] Even so, the members found the resolve to keep on going. Around that time, the Avatar also joined the Resistance's ranks.

Not long after, the Resistance's spy discovered that Sonic was alive, and held captive onboard the newly rebuilt Death Egg. This prompted Knuckles to plan a rescue, making him send a squad to the Spaceport to steal a space shuttle to head to the Death Egg in. Although Infinite was nearby, Espio managed to distract the enemies long enough for the squad to procure a shuttle. The Resistance then went to the Death Egg to rescue Sonic, who was to be executed ahead of schedule when Eggman learned of the rescue attempt. Once onboard however, the Resistance's forces got occupied by Eggman's robots. Having taken the best route to the prison cells, the Avatar was left to rescue Sonic. Eventually, the Avatar created enough of a ruckus to allow Sonic to escape and meet up with the Avatar, who took Sonic back to the Resistance, whom Sonic joined. Upon the duo's return though, the Resistance discovered Eggman's weapons factory. With their army spread thin, Knuckles sent Sonic and the Avatar out to open a path into the factory. Handling the mission without trouble, Sonic and the Avatar ensured the factory's destruction and improved the Resistance's chances for a successful attack on Eggman's HQ.[14]

The Resistance troops in Mystic Jungle were soon after bombarded by the Eggman Fleet at their outposts until they had to fall back. Meanwhile, Silver fought Infinite when the latter came to Eggman's old lab in the jungle to pick up the Phantom Ruby prototypes. Responding to Silver's emergency, Sonic came to his rescue and fought Infinite. Although Infinite still beat Sonic, he let both him and Silver live in the belief that they were no threat. Now, with both Sonic and Silver out of commission for the time being and with their forces preoccupied at Seaside Hill,[15] the Resistance found themselves short on soldiers when they had to stop Eggman's army after they broke into the City. With their local units outgunned as well, Knuckles sent the Avatar to deal with this. Surprisingly enough, the Avatar managed to turn the battle around and allow the Resistance to force the Eggman Army back, providing time to evacuate the civilians to safety.

Eventually, the Resistance detected two lifeforms in Mystic Jungle. Sending the Avatar to investigate, with reinforcements hot on their heels, the Avatar not only found a Phantom Ruby prototype that Infinite had dropped, but also Tails and Classic Sonic, the latter who had been brought to this dimension by the Phantom Ruby. Tails and Classic Sonic were subsequently brought to the Resistance where they joined the group and informed them that Eggman had a plan that would destroy them in three days. In the meantime, the Resistance would free Mystic Jungle from the Eggman Empire's dominion. Not long after, the Resistance's City division came under attack by the Eggman Army and Shadow the Hedgehog, who had seemingly defected to the Eggman Empire. While the Resistance kept the Eggman Army's mass-produced Death Egg Robots at bay,[16] Sonic confronted Shadow, only for the real Shadow to appear and take out his doppelganger. Joining the Resistance in the aftermath, Shadow informed them that the familiar soldiers in Eggman's army were Phantom Copies created by Infinite's Phantom Ruby prototype. However, because Infinite could create an unlimited number of Phantom Copies as strong as the originals, the Resistance stood no chance of winning the war.

Believing the Phantom Rubies to be out of commission, the Resistance attacked Metropolis again so they could capture Eggman.[19] Under the Resistance fleet's cover, Sonic and Tails found Eggman, only for Infinite, who still retained his powers, to banish Sonic and the Avatar to Null Space. It was then revealed that the Phantom Rubies had a backup power supply underneath the Eggman Empire Fortress. However, Sonic and the Avatar managed to escape from Null Space while the Resistance's fleet took control of the battle for Metropolis.[20] In the end, Eggman and his forces withdrew from Metropolis, allowing the Resistance to capture Eggman's capital and push his forces back to their final stronghold.

After Sonic and the Avatar, with Classic Sonic's aid, destroyed the Phantom Rubies' power source, it seemed like the Resistance had won the war. However, Eggman, having anticipated his reactor's destruction, responded to this development by using a Death Egg Robot, which had the original Phantom Ruby incorporated into it, to create thousands of Phantom Copies, which threatened to overwhelm the Resistance. However, Sonic, Classic Sonic, and the Avatar, managed to destroy the Death Egg Robot, causing all the Phantom Copies to vanish and leaving the Resistance as the victors of the war. In the aftermath, Classic Sonic returned to his world as well. The Resistance then set out to restore the world to its former glory. Not long after, Knuckles disbanded the Resistance, believing it had served its purpose now that the Eggman Empire had been defeated.

In Sonic Forces: Speed Battle, players were first recruited to be part of the Resistance and face the Eggman Empire in both "Egg Pawn Assault" events.

Some time later, players could choose between joining the Resistance or the Eggman Empire in the "Egg-streme Takeover" and "This Means War!" events.

Players would be once again recruited to be part of the Resistance and fight against Infinite in the "Challenger Mode" and "Infinite" events.

The uniform worn by the majority of the Resistance's soldiers consists of a military green neckerchief/scarf, and military green gloves with medium-sized cuffs, a black inverted chevron on the front and tan patches on the back. It also includes boots that are military green with black tips and tan padded patches on the back. Much like the gloves, the boots are adorned with a black inverted chevron on the front. Female members also sport a black bodysuit alongside the scarf, gloves, and boots.

In the Sonic the Hedgehog comic series and its spin-offs published by IDW Publishing, the Resistance is a group that helped take back Sonic's world from the Eggman Empire. Its past is virtually identical to its game counterpart's, up until after the events of Sonic Forces. After the Eggman War, the organization stayed active, keeping order in the world and liquidating the remaining Badniks groups that were terrorizing the settlements. While Knuckles continued to act as the Resistance's leader, Amy kept the group organized. The Resistance later took part in the battle for Angel Island to liberate it from the hands of Neo Metal Sonic. After the battle was over, Knuckles disbanded the Resistance, as he could no longer act as its leader. Taking over for the Resistance soon after, was the Restoration, led by Amy, and later Jewel the Beetle.

The insignia of the Resistance. 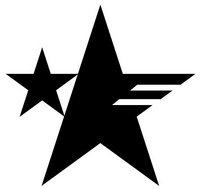 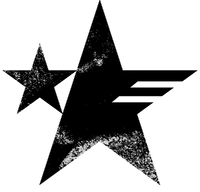