Red Mountain is a mountain range that appears to have been industrialized, the area having been strewn with not only Badniks, but also crates, bridges, zip-lines, and construction equipment.

The second section of Red Mountain is located within a volcano. This area is filled with flowing lava, collapsing rocks, and dangerous enemies. If one plays attention to the surroundings, it can be seen that prison cells have been built within the walls of the area. Inside, ghosts of doomed men sway to the beat of the heavy music that plays. There appears to be two electric chairs in both cells, and tombstones can be found nearby. Only Sonic and Gamma are able to explore this area.

In hot pursuit of the Egg Carrier in order to rescue Amy, Sonic follows it into Red Mountain. Upon reaching the end of Red Mountain however, Sonic is unable to follow the Egg Carrier any further, as it has reached too high of an altitude and Sonic himself on a route leading off a cliff. Fortunately, he spots Tails approaching in his upgraded bi-plane, the Tornado 2, and he hops aboard to continue his chase after the Egg Carrier.

In Sonic's version of Red Mountain, this is a very fast-paced and tricky Action Stage that can quickly lead to Sonic plummeting into the bottomless canyon if one is not careful.

In the volcano section of Red Mountain, a watchful eye is needed, as the landscape of the Action Stage can change in a matter of seconds.

The entrance to Red Mountain is guarded by a caged Kiki, which must be destroyed before it can be accessed. In Sonic's storyline, the player must use the Light Speed Attack on the Kiki. For Knuckles, the player must get the Monkey Destruction Switch from the Eastern Cave in the Mystic Ruins Station Area and place it underneath the Kiki. If the player plays as Gamma, the player can simply destroy it with the Homing Missile Launch.

Sonic's version is the longest version of this Action Stage. The first part takes place in the large mountainous region the Action Stage gets its namesake from, and the second part dives into its active volcano section, before rocketing back up to the surface of the mountain.

In Knuckles' Action Stage, the player only visits the first section of Red Mountain. Knuckles has a major advantage in this stage compared to Sonic, as his climbing and gliding abilities allow him to traverse the terrain much more easily.

Gamma's version of Red Mountain is the shortest of the three characters that travel through it, his area of operation being a small section of the volcano. As with most of Gamma's stages, this Red Mountain is much more enemy heavy than either Sonic or Knuckles' versions.

In the Sonic the Hedgehog comic series and its spin-offs published by Archie Comics, Red Mountain was a mountain located at the Dragon Spine Mountains on Angel Island.

In the Sonic the Hedgehog comic series and its spin-offs published by IDW Publishing, Red Mountain is an area on Angel Island. Its past is mostly identical to its video game counterpart's, up until after the events of Sonic Forces. 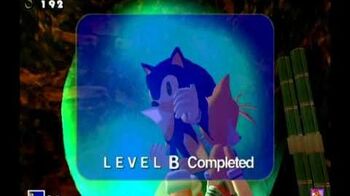 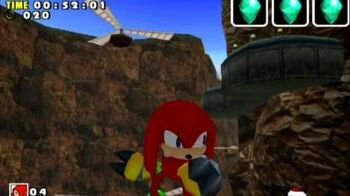 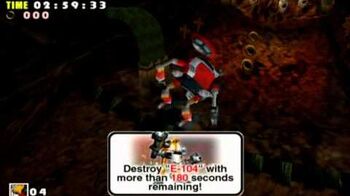