You may be looking for Rail Canyon from Tails' Skypatrol, or the Rail Canyon Zone from the Archie Comics.

A large series of Grind Rails and outposts in a massive canyon.

This has gotta be Eggman's base
Security is tight around here, so watch your backs.

Rail Canyon is the seventh stage in Sonic Heroes

As the name suggests, Rail Canyon is a canyon-filled stage with a large number of Grind Rails, which most of the level is spent grinding upon. This stage is quite long, and for the majority of it, there is no solid ground. Completing this stage leads to Bullet Station.

After defeating an army of robots in Robot Carnival, Team Sonic goes on to destroy Dr. Eggman's base before sundown to meet their three-day deadline. Team Dark must find the entrance to Eggman's base to interrogate the doctor. Team Rose must go beyond the Rails to find Froggy and Chocola, and Team Chaotix must infiltrate the terminal station as ordered by their client.

In the Sonic the Hedgehog comic series and its spin-offs published by Archie Comics, Rail Canyon appears as "Rail Canyon Zone", where it serves as an outpost for the Eggman Empire. 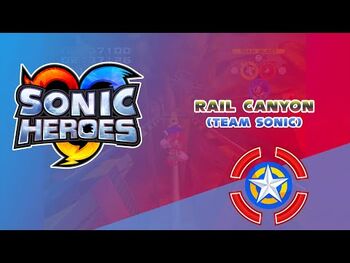 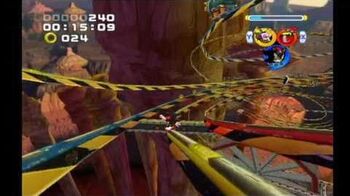 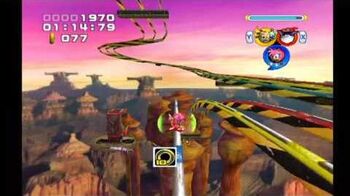 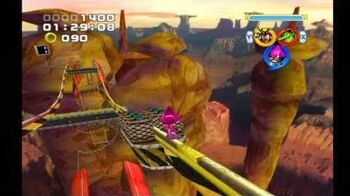 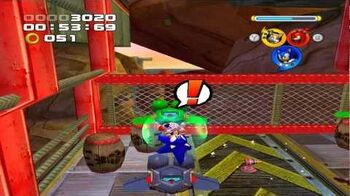