Sonic as the Purple Frenzy, from the Wii version of Sonic Colors.

Change forms with a Nega-Wisp for the berserker Frenzy form!

The Purple Frenzy (パープル・フレンジー, Pāpuru furenjī?), also known as the Frenzy form, is a transformation that appears in the Sonic the Hedgehog series. It is the Color Power gained by absorbing a Purple Wisp and its Hyper-go-on, which turns the user into a berserk creature.

When using the Purple Frenzy, the user turns into a glowing purple, demonic being that constantly gives off a dark and sinister aura. In Sonic's case, his entire body turns into a large and longer version of his own head, except his eyes do not have pupils and are yellow, his ears do not have ear canals, and his muzzle turns into a serrated mouth with sharp teeth that extends far behind his eyes. His quills have also become more curved with slightly split ends, making him look much more demonic. Also, underneath his body lie four quills stationed in the frontal and posterior.

When using the Purple Frenzy in gameplay, the player has the following controls:

The main weakness of the Purple Frenzy is that it can only be used for a few seconds and requires more Hyper-go-on from Purple Wisps to be maintained. 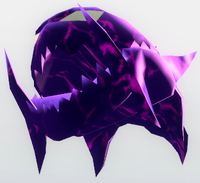 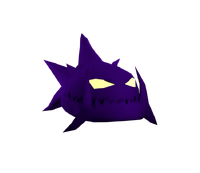