As the fights progress, Lucky manages to win through sheer luck, and Emerl defeats opponent after opponent. In the final round, Sonic and Amy were facing off but Amy refuses to fight him and thinks that Sonic will never fight her by saying that he cares about her, which made Sonic embarrassed. Chris has no way to make Amy mad, but then Eggman shows up and Sonic saves Amy from being blown to bits, then chases after Eggman. Amy is therefore declared the winner. At the end of the episode, the final lineup includes: Knuckles, Amy, Rouge, Emerl, Lucky, Chris, Mr. Stewart and Tanaka. 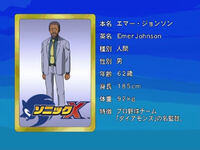 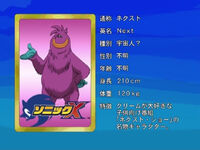