Sonic as the Pink Spikes, from the Wii version of Sonic Colors.

Hyper-go-on from the Pink Wisps

Change forms with a Pink Wisp for the wall and ceiling-running Spike form!

The Pink Spikes (ピンク・スパイク, Pinku Supaiku?), also known as the Spike form, is a transformation for potentially multiple users which appears in the Sonic the Hedgehog series. It is the Color Power gained by absorbing a Pink Wisp and its Hyper-go-on, which turns the user into a spiky ball.

When using the Pink Spikes, the user turns into a hot pink spiky ball. In Sonic's case, his entire body turns into a large version of his own head with no facial features except for his eyes, which do not have pupils and are yellow. Also, his six quills have turned into several pointy and long spikes that extends outward and also run down his forehead.

The Pink Spikes made its first appearance in the Wii version of Sonic Colors, and later its remaster Sonic Colors: Ultimate. In this game, it can first be used in Planet Wisp Act 2. In gameplay, while transformed into the Pink Spikes, the player will automatically stick to walls and ceilings when they make physical contact with them, thus allowing them to travel along any surface. To get off a surface, the player has to jump off it and steer away from said surface. The Pink Spikes can likewise instantly destroy any enemy or Chroma Cube it touches and use the Spin Dash on any surface. In addition, the playable character can use both the Double Jump and the Homing Attack while transformed into the Pink Spikes. This form also makes the playable character invulnerable to damage, thus allowing the player to move over dangerous obstacles, such as spikes, without harm. However, there are sometimes bumper-like obstacle on the surfaces that can instantly knock the Pink Spikes off said surfaces if touched. Also, after utilizing the Pink Spikes for a few moments, the player will be awarded with 3,500 Color Bonus points for each second the Pink Spikes is active.

When using the Pink Spikes in gameplay, the player has the following controls:

In the 2 Player mode in Eggman's Sonic Simulator, two players are able to combine two Pink Spikes transformation, by activating them at the same time when they are within a certain distance, to create a new Color Power. This forms a connecting line between the two players which will destroy all enemies that come in contact with the line.

To activate the Pink Spikes in gameplay, the player must press

for a while and then release it.

To use the Pink Spikes in gameplay, the player has to press

while in possession of a Pink Wisp. This will surround the playable character's vehicle with three Pink Spikes. When a rival racer gets close, sharp spikes will protrude from the Pink Spikes, which will hit the enemies who are too close to the user and deal damage to them, causing them to spin out temporarily. Generally speaking, Pink Spikes can make a few strikes before they disappear.

As the Pink Spikes, the user gains long, razor-sharp and extremely durable spikes on their body which can penetrate any substance and even destroy reinforced crates that even Sonic cannot destroy. By inserting these spikes into a surface, the user can stick perfectly firm to any surface, allowing them to climb up walls and along ceilings. The spikes can also be used offensively by using them to pierce opponents, and can easily tear robot armor apart with a single touch. They can be used to augment the Spin Dash, making it much more powerful than normal.

The main weakness of the Pink Spikes is that it can only be used for a few seconds and requires more Hyper-go-on from Pink Wisps to be maintained. 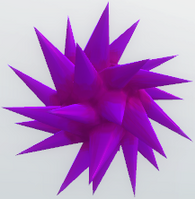 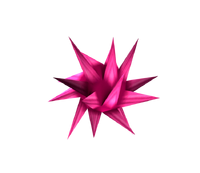