For other uses, see Pata-Bata (disambiguation).

A Pata-Bata, from Sonic Runners Adventure.

It flutters in weaving patterns

The Pata-Bata[1] (パタバタ[2], Patabata?), also known as the Robot Butterfly,[3] is an enemy that appears in the Sonic the Hedgehog series. It is a mass-produced, butterfly-based Badnik model created by Dr. Eggman.

The Pata-Batas are based on butterflies. They have pink metallic bodies with wide eyes, yellow feelers and proboscis. They also have round yellow wings.

Decayed Pata-Batas look mostly the same as their pristine counterparts. However, their wings have large holes on them.

In Sonic the Hedgehog CD, the Windows 95 version, and the 2011 remaster, the Pata-Batas[1] (パタバタ[2], Patabata?) or Robot Butterflies[3] appear Palmtree Panic.

In the bad future or, sometimes, in the present timeline of Palmtree Panic, Pata-Batas appear decayed, with less stability and slower flying speed.

The Pata-Batas can be easily defeated with a Spin Attack-related move. Also, like every Badnik in the game, they are powered by Little Planet flower seeds which will pop out of them when they are defeated.

In the Wii U version and PC version of Sonic Lost World, the Pata-Batas are redesigned with blue wings and orange highlights, two holes in each wing, and a silver metallic body with a visible abdomen. They can be found in Desert Ruins Zone 2. At certain points in the Zone, during which Sonic skydives, he must avoid multiple groups of six of these butterfly Badniks flying in circles, as they inflict damage upon touch. In addition, because Sonic is skydiving, he is unable to attack and therefore must avoid these Badniks instead of attempting to destroy them.

In Sonic Runners Adventure, the Pata-Batas appear as enemies. In this game, they retain their design from Sonic the Hedgehog CD with the holes in their wings, though this does not affect their flight speed. The player encounters them in Green Hill.

In gameplay, the Pata-Batas fly in one stationary position each. They usually position themselves in front of Dash Rings, which makes them easier to destroy. Also, upon their destruction, they release an Animal.

Thanks to their wings, the Pata-Batas are capable of flight.

In the Sonic the Comic series published by Fleetway Editions, the Pata-Batas are a part of Dr. Robotnik's Badnik army, although they only made a few appearances during the comic's run. Stationed in the Palmtree Panic Zone, the Pata-Batas got relocated to the Green Hill Zone, where they began destroying the local inferior Badniks until the Seven Badniks brought them under control. 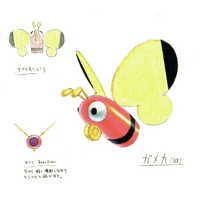 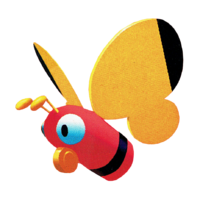 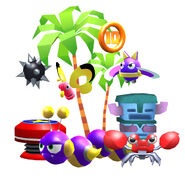