Oil Rig in the Desert

Huge refineries were made by Dr. Eggman to collect the resources of this Zone. Sonic and Tails mut be careful as many traps await including Sand storms, quicksand, huge sand-filling tanks, etc.

Oil Desert Zone is the third Zone of Sonic the Hedgehog 4: Episode II. It is an oil refinery within a shifting desert that, appearance-wise, is a hybrid of Oil Ocean Zone from Sonic the Hedgehog 2 and Sandopolis Zone from Sonic & Knuckles. Because of this, it takes some visual cues from both Zones, such as oil slides and rising sand sections. This Zone also seems to be inspired by oil and drink factories in the Mojave Desert.

Act 1 - Through the Sandstorm

After destroying the Egg Serpentleaf at Sylvania Castle, a strange oil refinery built in the middle of a desert becomes apparent to Sonic and Tails. Suddenly, a sandstorm picks up, but will that stop Sonic and Tails from getting out of the oil refinery and through the raging sands?

Act 2 - Beneath the Sands

Following the sandstorm from Act 1, the two come across the oil part of the desert. With oil slides and quicksand pools in their path, will the unstoppable duo make it through this strange refinery?

After the sandstorm passes, what is left is a scrapyard filled with overfilled oil pools, sand slides, and rising sand areas reminiscent of Sandopolis Zone. Will the duo make it out of the garbage dump alive?

After making it out of the rising sand area, Sonic and Tails come across Eggman inside a huge oil drum. The evil mastermind pulls out a magnet installed to his hovercraft, and dives in a bunch of scrap metal. Soon, a new machine made out of scrap bursts out of the scrap heap in attempt to defaat the duo once again. 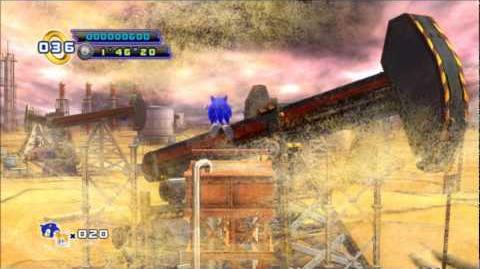 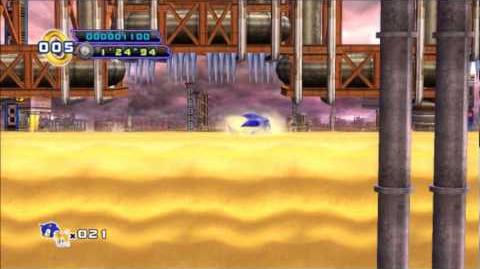