An ancient palace located in the middle of the ocean.

Ancient civilization established on the sea...

Ocean Palace is the second stage of Sonic Heroes.

Ocean Palace, as the name says, is a palace in the middle of the ocean. It is similar to Seaside Hill in that it has the same platforms, robots and everything, except it also features palace-like ruins.

After making it to the Whale Island, the heroes discover an ancient sea palace. Team Sonic and Team Dark chose to flee from the palace to pursue Dr. Eggman and smash his robots, destroy collapsing pillars, ride on giant, rock-carrying turtles, and eventually end up having to outrun three Kaos (giant, circular, boulders with demonic-looking faces and spikes sticking out on the side) to make it to the Goal Ring at the central palace. Team Rose is being dragged along with Amy by her hopeless obsession to find Sonic and must find the Goal Ring in the ruins floating on the sea. Team Chaotix must rescue a Chao from the palace on the orders of their mysterious client. The Egg Hawk is fought on a road and several small islands in the ruins near sea level.

In Mario & Sonic at the Olympic Winter Games, this stage, combined with Seaside Hill, forms the Dream Alpine track in the game. The background music from this stage can also be purchased.

In the Wii version of Mario & Sonic at the London 2012 Olympic Games, part of Ocean Palace is used for Dream Fencing. It uses flags with the same designs as the stone pillars, and the bleachers are located in the sea. 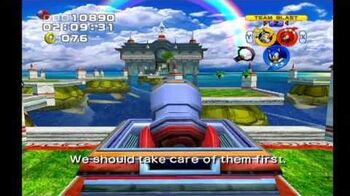 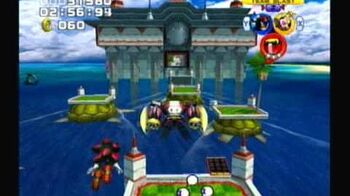 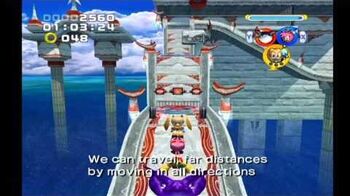 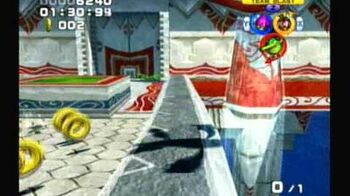 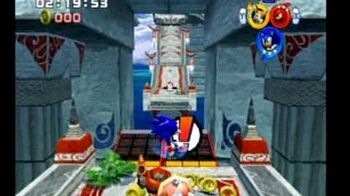