Nimue, from Sonic and the Black Knight.

The Lady of the Lake

Hello. I'm Nimue. But most people call me the Lady of the Lake. Come out and see me at the lake sometime.

— Nimue, Sonic and the Black Knight

Nimue (ニミュエ, Nimyue?), more commonly referred to as the Lady of the Lake (湖の貴婦人, Mizūmi no kifujin?), is a character that appears in the Sonic the Hedgehog series. She is an anthropomorphic hedgehog and the alternate reality doppelgänger of Amy Rose from the world of Camelot. She is a skilled enchantress and the former guardian of the sacred sword Excalibur and its scabbard.

Nimue is essentially a doppelganger of her mainstream counterpart and is so identical to her in anatomy. For attire, Nimue wears a sky blue hairband with golden metal circle ends. She also wears an elaborate dress with a sky blue torso section that has white frills running down the middle on its front and a white ribbon around the collar. The lower part of her dress on the other hand poofs out and extend all the way down to the ground, with medieval circle symbols along its hemline and three golden buttons of increasing size running down her front pelvis area. Her lower dress also has another layer with an opening on the front and a white layer of fabric with elaborate edges around the midsection. Around her waist her dress a third, shorter layer to its lower section consisting of fabric in a slightly darker shade of blue. She also wears a golden belt, white and neat arm warmers, white gloves, golden ring bracelets, and a transparent frame on her back with sky blue edges that she wears on her arms.

The original owner of Excalibur and its scabbard, Nimue met King Arthur during the latter's youth when he came to the lake in Deep Woods, seeking a replacement for his broken sword.[1][2][3] When Arthur found Excalibur and went out in a small boat to claim it,[2] Nimue personally bestowed both the sword and scabbard onto him.[1][4]

After Arthur got bewitched by the scabbard of Excalibur's power, thus corrupting him and turning him into a tyrannical ruler, Nimue felt responsible for the sad fate of Arthur and the misfortunes it led to around Arthur's kingdom.[4]

In Sonic and the Black Knight, Nimue met Sonic the Hedgehog and Caliburn at her lake, having awaited the arrival of the former. When they met, Nimue unnerved Sonic due to her resemblance to Amy Rose until Caliburn remonstrated him. After then a somewhat startling approach from Sonic, Nimue took him and Caliburn inside her lakeside pavilion where she agreed to help the pair defeat King Arthur by revealing how to hinder the scabbard of Excalibur's power of immortality in order to correct her past mistake. Still, Nimue worried that anyone who defeated Arthur and claimed his scabbard would end up being bewitched by the scabbard like Arthur if they were not worthy. As such, to see if Sonic was worthy of being a true knight, Nimue game him three tests to complete within a three day time limit: free the innocents from King Arthur's dungeon. offer compassion to those in need, and defeat King Arthur's Knights of the Underworld.

While Sonic was working on his tests, Nimue disguised herself as a young Townsperson, whom Sonic found crying in the woods. When Sonic approached her, Nimue told him that a dragon had attacked her village and had taken her parents and fellow villagers to Crystal Cave. In spite of Caliburn's protests, Sonic took up the task of rescuing the Townspeople. When Sonic returned, just as Nimue's three days were up, he revealed that everyone were safe. Thanking Sonic and apologizing her deceiving him, Nimue revealed her true form and proclaimed to Sonic that by helping her, he had proven himself a true knight. Back at her lake, Nimue told Sonic that he could dispel the scabbard's power of immortality using the sacred swords wielded by the Knights of the Round Table. As Sonic and Caliburn left to get the last one from Sir Percival, Nimue bid them farewell.

Unlike her counterpart, Nimue is serene, wise and composed rather than energetic, erratic and high-spirited. She speaks in a gentle tone and is calm, even in very dangerous situations. She often smiles and loves her guests, always welcoming them with a smile and polite greeting, and seemingly does not mind being treated informally, shown when she did not react adversely to Sonic panicking upon first seeing her and awkwardly trying to cover it up.

Nimue has shown herself to be ready to accept responsibility for own actions. When King Arthur got bewitched by the scabbard of Excalibur that Nimue gave him and became a corrupt ruler, Nimue accepted her part of the blame for the misfortunes that would subsequently befall England. Having similarly learned from Arthur's fall from grace that those of lesser character may not be worthy of the power they claim, Nimue now tries her best to make sure those she offers aid to are worthy and steadfast enough to not give into dark temptations. To this end, she will not only give such people tests to prove themselves, but also try to deceive them with optional side quests along the way to see if they possess true courage, strength and compassion.

Nimue is a skilled enchantress, whose magic allows her to perform several feats. This includes teleportation, shapeshifting, and protection of holographic images, some of which can show live events from far away. As the one who gave King Arthur Excalibur and its scabbard, she is also of the few people who knows the secrets about these objects' powers.[5]

Sonic the Hedgehog was the knight Nimue had awaited to help rid England of the corrupt King Arthur. Unlike her main-series counterpart, Nimue is not obsessing over Sonic, nor has she shown any form of romantic interest in him. Instead, she would treat with kindness and politeness whenever they interacted. Although Nimue was somewhat (pleasantly) startled by how informal Sonic was towards her when they first met, Nimue did not hold it against him.

While Nimue held no reservations about helping Sonic defeat King Arthur so he could take the scabbard of Excalibur back, she still did not know whether or not he had the character strength needed to not be bewitched by the scabbard like Arthur was. As such, Nimue gave him tests to fulfill to see if he was a true knight. However, she added her own twist to the tests by attempting to derail Sonic with a noble side quest. After Sonic passed Nimue's side quest, Nimue had gained full faith in Sonic and told him how to blunt the power of the scabbard of Excalibur.

In Arthurian legend, the Lady of the Lake is a name or a title that has been bestowed upon a number of fairy-like enchantresses in the Matter of Britain, including the mythology associated with the legend of King Arthur. In many of the Arthurian stories, the Lady of the Lake play many toles, including providing Arthur with Excalibur, eliminating Merlin, raising Lancelot as his adoptive mother after the death of his father, and helping take the dying Arthur to Avalon.

It is noted that the Lady of the Lake goes by many names, mainly Nimue, Niniane, Vivienne and Vivien. (The last two are a different character in newer retellings of the legend). In the King Arthur legend, Nimue is also noted to be the one who forged Arondight out of the stars and gave it to Lancelot.

"I've been waiting for you, knight from another world."
—Nimue meeting Sonic for the first time, Sonic and the Black Knight.

"I'll tell you how to hinder the scabbard's power of immortality. I'm the one who gave it to him, so it's kinda my fault, see?"
—Nimue telling about her role in King Arthur's downfall, Sonic and the Black Knight.

"I shall show you how to blunt the power of Excalibur. Cause you're a true knight!"
—Nimue acknowledging Sonic as a true knight, Sonic and the Black Knight. 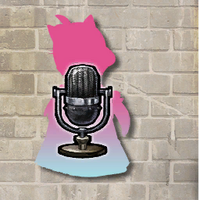