This robot is special. He's powered by the energy from your little friends. He is invincible! So, I'd say it's been nice knowing you... but it hasn't.

The Nega-Wisp Armor resembles a large robotic Purple Wisp with sharp pointed spines along the body and a large one over the cockpit, clear colored frowning eyes, a large razor sharped mouth with two sharp spines on either side facing upright, a cannon inside that fires purple spikes, small stubby legs around the front and sides, a long tail out the back, and two large tentacles with sharp pincers on each end that contain a pair of purple eyes making them look more like mouths which it uses to fire lasers and cubes from and also to harvest nearby Wisps with a vacuum inside the mouth which sucks them into large tanks located on its back. The tanks change color depending whatever action it is performing. The cockpit is located at the front just above its eyes with a red arrow (resembling a nose) in front pointing down towards its mouth.

The Nega-Wisp Armor in the DS version looks similar to its Wii version counterpart with a few differences. Instead of having two tentacles for arms, it has one tentacle for a tail. The Nega-Wisp Armor can detach the pincer on the tail use it to perform darker versions of the color powers. It also has a cannon hidden in the mouth of the main body that it uses for specific Wisp powers. For example, the cannon fires missiles at Sonic when using the Violet Void power. The cannon can also fire a large blast when it loses all of its Wisp powers.

Large robotic Wisp piloted by Dr. Eggman, that is able to do several color powers and even combinations of them as well. The player has to hit the cockpit of the robot to damage it.

The battle takes place on a seemingly endless path in 3D with three lanes for the player to Quick Step between. In the beginning, there are ten Rings which can be picked up to withstand the Nega-Wisp Armor's attacks. When the battle begins, it prepares to attack by using a vacuum to draw in nearby Wisps from the background. The Nega-Wisp Armor's attacks are based on the following Color Powers (one or several of these attacks may be used depending on how many times this boss has been hit):

When the Nega-Wisp Armor is on the brink of defeat, indicated when Sonic has seven Wisps with him and Eggman is heard angrily condemning Sonic once more, the player must activate the combined Color Powers of all the Wisps Sonic has saved to perform the Final Color Blaster to finish it off.

When hit enough times, the Nega-Wisp Armor is on the brink of defeat. The player must then activate the combined the Color Powers of all the Wisps he has saved to perform a final, combination attack called the Final Color Blaster to finish off the Nega-Wisp Armor. 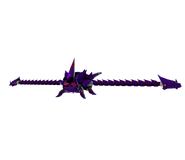