The Nega-Wisp Armor, from the Wii version of Sonic Colors.

This robot is special. He's powered by the energy from your little friends. He is invincible! So, I'd say it's been nice knowing you... but it hasn't.

The Nega-Wisp Armor[1][2] (ダークウィスプ・アーマー[3][4], Dāku Wisupu Āmā?, lit. "Dark Wisp Armor") is an object that appears in the Sonic the Hedgehog series. He is a giant robot-mech piloted by Dr. Eggman, that uses the Hyper-go-on of Wisps as a power source.

The Nega-Wisp Armor resembles a large robotic Purple Frenzy with sharp pointed spines along the body and a large one over the cockpit, clear colored frowning eyes, a large razor sharped mouth with two sharp spines on either side facing upright, a cannon inside that fires purple spikes, small stubby legs around the front and sides, a long tail out the back, and two large tentacles with sharp pincers on each end that contain a pair of purple eyes making them look more like mouths which he uses to fire lasers and cubes from and also to harvest nearby Wisps with a vacuum inside the mouth which sucks them into large tanks located on his back. The tanks change color depending whatever action he is performing. The cockpit is located at the front just above his eyes with a red arrow (resembling a nose) in front pointing down towards his mouth.

The Nega-Wisp Armor in the Nintendo DS version looks similar to his Wii version counterpart, albeit with a few differences. Instead of having two tentacles for arms, he has one tentacle for a tail. The Nega-Wisp Armor can detach the pincer on the tail use it to perform darker versions of the color powers. He also has a cannon hidden in the mouth of the main body that he uses for specific Wisp powers. For example, the cannon fires missiles at Sonic when using the Violet Void power. The cannon can also fire a large blast when he loses all of his Wisp powers.

In Sonic Colors: Ultimate, the Nega-Wisp Armor's appearance remains the largely same as in the Wii version, with the exception of his glowing eyes being made more visible through the glass surrounding them, similar to their design in the Nintendo DS version.

Accordingly, the Nega-Wisp Armor is an exceptionally powerful robot. Dr. Eggman claimed he was invincible, and even Tails had his doubts that he could be beaten with even the combined power of himself and Sonic.[5]

On his own, the Nega-Wisp Armor is capable of flight and can move around at super speeds that near, although not quite surpass, Sonic's speed. His most dangerous power, however, is his ability to harvest Wisp and empower himself with their innate Hyper-go-on energies, which is an incredibly powerful energy source. In order to accomplish this, the Nega-Wisp Armor's tentacle(s) are equipped with suction powers that can suck up nearby Wisps and store them inside him. When loaded with Wisps, he can channel their different Color Powers in highly offensive ways. These include:

In addition to using Color Powers separately, the Nega-Wisp Armor can combine them at will. The Color Power combinations he has used so far include:

In the Nintendo DS version of Sonic Colors, the Nega-Wisp Armor has a few extra armaments. He can fire missiles and massive purple lasers from his mouth cannon, the latter which is so powerful that it requires the Final Color Blaster to be overpowered.

Because the Nega-Wisp Armor drains Hyper-go-on quickly, he needs to harvest Wisps constantly when in battle.

Large robotic Wisp piloted by Dr. Eggman, that is able to do several Color Powers and even combinations of them as well. The player has to hit the cockpit to damage him.

The Nega-Wisp Armor is the seventh and final boss of the Wii version of Sonic Colors and the remaster Sonic Colors: Ultimate. He is fought in Terminal Velocity Boss Act by Sonic the Hedgehog.

The battle takes place on a seemingly endless path in 3D with three lanes for the player to Quick Step between. In the beginning, there are ten Rings which can be picked up to withstand the Nega-Wisp Armor's attacks. When the battle begins, he prepares to attack by using a vacuum to draw in nearby Wisps from the background. The Nega-Wisp Armor's attacks are based on the following Color Powers (one or several of these attacks may be used depending on how many times this boss has been hit):

When the Nega-Wisp Armor is on the brink of defeat, indicated when Sonic has seven Wisps with him and Eggman is heard angrily condemning Sonic once more for ruining his plans, the player must activate the combined Color Powers of all the Wisps Sonic has saved to perform the Final Color Blaster to finish him off, leading to a short scene of Eggman's Egg Mobile being violently ejected from the Nega-Wisp Armor and hurtled into space as a result of the damage.

Notably, in Sonic Colors: Ultimate, if Sonic uses the new "sweet spot" Homing Attack, he will deal more damage than usual, releasing certain Wisps earlier than intended, and make the fight go by much faster. In the same game, earning an S-Rank during this fight will unlock the achievement, "Putting A Spin On The Negative". 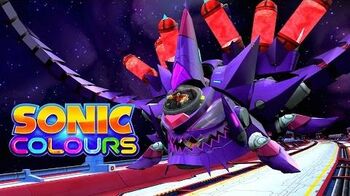 The Nega-Wisp Armor fight on the Nintendo DS version of Sonic Colors.

Large robotic Wisp piloted by Dr. Eggman, that is able to use several Color Powers. The player has to hit the cockpit to damage him and boost into him to gain a Wisp.

The Nega-Wisp Armor is the seventh and second-to-last boss of the Nintendo DS version of Sonic Colors. He is fought in Terminal Velocity by Sonic the Hedgehog.

Unlike its console counterpart, the Nega-Wisp Armor uses every single Color Power in the game against Sonic: the Red Burst, Orange Rocket, Yellow Drill, Cyan Laser, and Violet Void. Towards the end of each attack, the player is also required to use the Boost at the Nega-Wisp Armor's cockpit or tentacle (depending on the attack he used) in order to progress the fight though he can be attacked by other means to fill the Boost Gauge beforehand. If done so, his corresponding Wisp bursts out of the Nega-Wisp Armor and its icon in the HUD lights up, as if the player collected it. Afterwards, the Nega-Wisp Armor will no longer use that Wisp's associated attack for the rest of the fight.

Typically, the Nega-Wisp Armor will alternate between two adjacent Color Power attacks in the order their corresponding Wisps' icons are arranged in the HUD until the player rescues that Wisp.

Once all five Wisp icons light up, the Nega-Wisp Armor is on the brink of defeat and will attempt to blast Sonic with a powerful laser. The player must then activate the combined the Color Powers of all the Wisps Sonic gained to perform a final, combination attack called the Final Color Blaster to finish off the Nega-Wisp Armor. If the player does not perform the boost prompt quickly enough, Sonic will get pushed to the left side of the screen by the laser attack and will eventually lose a life if he is pushed off-screeen. 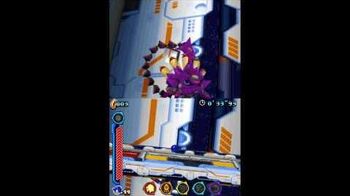 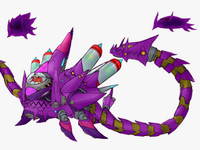 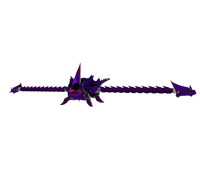