A forest filled with huge mushrooms.

Mushroom Hill (マッシュルームヒル, Masshurūmuhiru?) is the third Stage in the Nintendo 3DS version of Sonic Generations.

Like the original Mushroom Hill Zone Act 1, this Act is set during the summer. As such, the Act is full of green vegetation, and sunlight can be seen shining through the trees.

Following the trend set by Green Hill and Casino Night, Mushroom Hill Act 1's level layout is a complete recreation of the original Mushroom Hill Zone Act 1 in Sonic & Knuckles. Like in the original Zone, there is even a Star Post that has been placed just before the Goal Plate, although it no longer plays a large role, as Hey Ho does not appear in this Act. In addition, any secret rooms in this Act that would have contained a Giant Ring in Sonic & Knuckles now hold a cluster of Rings instead. Similarly, any monitor that would have contained an elemental shield in Sonic & Knuckles now contain a regular Shield instead.

Unlike the lusher first Act, Mushroom Hill Act 2 takes place during the fall, like the original Zone in Sonic & Knuckles.

Towards the end of the Act, the player enters a Grind Rail section that leads through a mushroom-filled cavern. It is worth noting that along this Grind Rail there will be hedgehog-eating plants that will cause an instant death if Modern Sonic collides with them without boosting. At the end of the Grind Rail section, the player must then break through a rock wall with a well-timed Homing Attack in order to reach the Goal Ring. 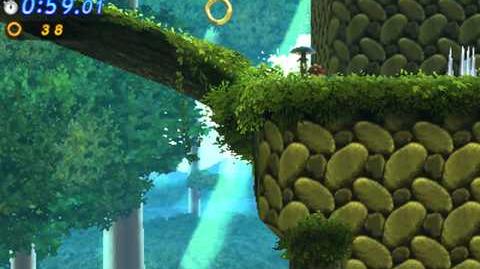 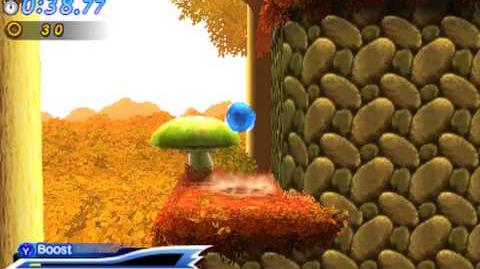