Monkey Dude[1] (モンキー・デュード[2], Monkī Dyūdo?), later known in Japan as Saruder (サルダー[3][4], Sarudā?), is an enemy that appears in the Sonic the Hedgehog series. It is a mass-produced, monkey-based Badnik model created by Dr. Robotnik.

Monkey Dudes are, as their name implies, based on monkeys, though they feature a heavy design. They have a metallic blue body, a thin silver tail, and arms made up of four segmented spheres, which are tipped with a clawed hand on each of them. They also have a black face with white black eyes and a yellow beak-like mouth. This Badnik does not appear to have legs, as it hangs from trees with its hands and tail.

If the player runs past a Monkey Dude before it can throw its coconut, it will keep it in its hand since it cannot turn around to throw it the other way. The coconut itself has a medium spiral gap when it is thrown. Additionally, each Monkey Dude can only throw one coconut. Afterwards, they are left helpless and vulnerable, as they keep repeating their movement pattern and waving their arm, and can easily be defeated with a Spin Jump. However, leaving the area and returning will mysteriously cause it to gain another coconut.

In Sonic Mania Plus, Monkey Dudes reappear as enemies. In terms of design, they look exactly how they did in Sonic the Hedgehog 3. They only appear in Angel Island Zone. In gameplay, they behave just like in their debut game by climbing up and down palm trees from where they will fling a coconut at the player when spotting them. They are similarly easily destroyed by any attack. Also, upon their destruction, they release an Animal.

Monkey Dudes are capable climbers amongst tree tops and can throw coconuts as weapons.

Monkey Dude made a cameo appearance in Sonic the Hedgehog #13, where it was seen watching Sonic and Tails pass by as they began investigating the Floating Island.

In Sonic Mania Adventures, a Monkey Dude was spying on Knuckles the Echidna as he took the Master Emerald elsewhere. Dr. Eggman viewed this transmission and plotted to steal the gem.[5] 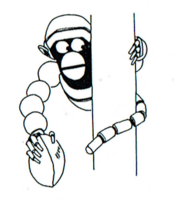