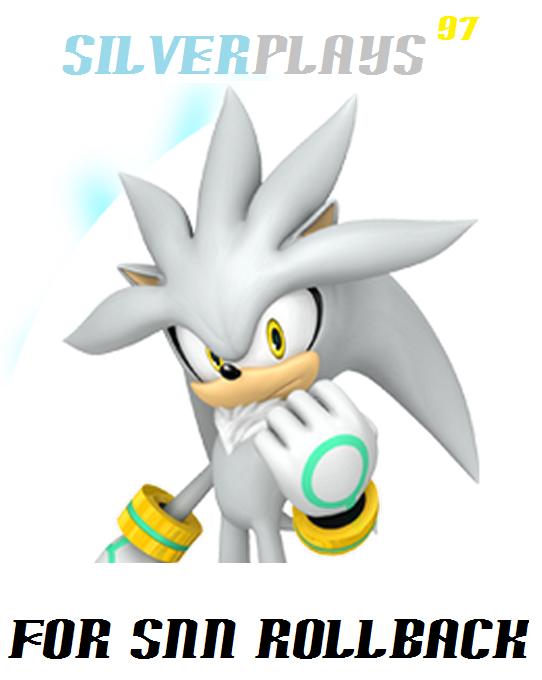 Sure, go ahead. Serious Sam

1: I have a new Comic out, Wiki Jokes. Here is the 1st issue: SHIPPING

Don't worry, you're not in trouble. :P

I just wanted to tell you how flattered I am after reading the bit of information that you added about me and Alter under the "Friends" section of your user page (I don't know how long it's been there, but this was my first time seeing it). I really appreciate the praise, and it really boosted my confidence quite a bit. :)   ★EYCEST★R★    ★Contact★ 02:19, January 22, 2013 (UTC)

Many thanks again! With Alter, I wanted to make him extremely unique than the average FC we see so often, and I also wanted him to seem like an actual official character. To get close to that, I needed to draw out some things that Sonic Team hasn't done yet, such as a character with ice powers. A lot of his hobbies and dislikes came right from me. XP Though, a few of them are also solely his, like the "howling at the moon" that you pointed out. XD

I consider myself to be an amateur artist, but I'm hoping to change that soon because I'll be taking an intro to computer art class starting tomorrow. Hopefully I'll do well in there! Again, I really appreciate your support and praises, and I'll be sure to return the favor when you publish your character. ;)   ★EYCEST★R★    ★Contact★ 21:00, January 22, 2013 (UTC)

Sorry to bother you, but the reflex sprite you gave me is to big. If you can make it relative to the size of this one:

All he's saying is that Sonic Rushs' special stage are alot alike maybe even based off of Sega Superstar special stages. That's all i'm going to say. 2 tails fan (talk) 22:18, January 26, 2013 (UTC)

Sorry, i'been watching Sonic X, and played the games. I just know that the E-series robots were created by Dr. Eggman, so i was improvising.

By the way, I'm reading your page. It's nicely written! Especially the "I believe the Sonic franchise has limitless potential; it does everything which other video game franchises don't, and that's a good enough reason to be a big fan." quote (even though I may not completely agree with it). I love reading user pages and get bored when little or no information is written.--58SlugDrones • (Contact) 18:57, January 28, 2013 (UTC)

Ok I'll Just Stop. I'm running out of Idea's Any way ^^' And i don't wanna get banned here.

I have an Answer. Edit

Yes your not allowed to put up others fan art with out thier premision.(Sorry I follow Myselfs page to keep in touch with things on the wiki)Sonamyfan666 a Amy Rose Expert and fan (talk) 21:25, January 29, 2013 (UTC)

Header for the sake of a new header Edit

Help with Ratchet and Clank 2:Locked and LoadedEdit

Seeing as your a fan of Ratchet and Clank!

I don't know. The issue of capitalisation was never really concluded in the discussion on the article's talk page. They should be consistent, though, and most importantly you should never have something (like the tracks sub-category) categorised in a non-existent category unless you are in the process of creating or moving it. -- Supermorff (talk) 12:00, February 3, 2013 (UTC)

Why it took so long. Edit

Le Solace. Kyle and I want to talk to you at the moment. If you don't mind, get online on Skype.---~Flare | Talk Page

I'm sorry i draged you into this. Edit

I noticed on the user rights discussion you said you where against spyro's demotion from the start. Why didn't you tell me? If you said no i could find a way to manage it myself. You sound like your reputation as a user has been put down. If you fell that way i owe an apologie. I hope you understand i did not mean to hurt you. TBH i thought the only way to get spyro to change was to set-up a demotion. I was stupid. I hope you understand. SilverPlays97 (Wall) (Contributions) 18:47, February 12, 2013 (UTC)

This should answer your question. It's easier and faster than typing out a warning. Besides, it helps if a vandal is striking multiple times within a minute. Twinkle Snow Unleash Christmas 201317:10, February 14, 2013 (UTC)

I don't see how it's scary, besides the fact that it might sound like an automated message. I wouldn't think that occasional contributors don't check other warnings I've handed out; that warning is only for first-time vandalism. The second and third warnings are the tricky part, as I feel the need to specify what they've been doing wrong if they haven't understood the first time. As for sounding different every time, yes, it does give a certain uniqueness to the warning, and it might be preferable to do in many cases, but I don't feel the need to type out an individual warning for every vandal who comes along. Twinkle Snow Unleash Christmas 201317:28, February 14, 2013 (UTC)

Out of context, the warning sounds like what it is; but out of context, I see your point. In instances like the one we're facing now (these are the times I wish I could block vandals), the vandal is trying to find a loophole; Just tell him "no vandalism" the first time and he has no excuse. The way I see it, whether or not to use a prepared warning depends on the situation (That's Paul Ryan for you right there), but I feel like I'm feeding the trolls if I talk about it. And as for the "two warnings" deal, I've considered doing that, too, because giving them a third warning gives them a fourth chance, and three chances is enough. Twinkle Snow Unleash Christmas 201317:47, February 14, 2013 (UTC)

Personally, I don't think I'm fit to be an administrator. Yes, I've read the admins' how-to guide twice, yes, some people say I act like an admin, and yes, I would use the rights to the best of my abilities, but something doesn't feel right about running for administrator rights. Maybe it just feels scary being promoted twice within a year, maybe it's because that was my goal when I started the wiki (but not anymore, to tell the truth) and now it feels strange achieving it, or maybe it's because I honestly didn't like writing my rollback nomination because I was talking about myself as if I was a great person (but in reality I sometimes doubt that). I know it would be quite beneficial, but at this rate, I don't know if I'll ever be running for administrator because I don't think I'd be able to stand it if people treated me as special just because of administrator rights. (P.S. - I actually decided that I'd never run for administrator because I'd wait until the community thought I was ready and somebody decided to nominate me, but then again, I decided the exact same thing before I ran for rollback) Twinkle Snow Unleash Christmas 201318:12, February 14, 2013 (UTC)

Thank you! And yes, I love doing work on the RfUR for some reason. It's not something that can be done on a regular basis, like editing, so it's great to have the opportunity to close nominations and give out promotions. Being 19 doesn't feel all that different from being 18, though I'm sure that will change as the next coming months progress. :P   ★EYCEST★R★    ★Contact★ 20:16, February 15, 2013 (UTC)

Maybe not, but as long as I'm scouting out small errors and whatnot, I kind of get an OCD moment where the page in general should seem as clean as possible for editing. Serious Sam

Maybe I'll change it to Cyan or something. Hang on. Serious Sam

I know right? Oh well. I don't go by the name SlugDrones anywhere besides wikia, I could have changed it into my common online names, but that would be confusing since I'm sort of 'known' here. Oh and I'm not fond of numbers in usernames. You have a nice username.--SlugDrones • (Contact) 15:45, February 22, 2013 (UTC)

Yeah, I like how elegant it sounds! Mines sounds rather funky and boyish, which isn't my character, but I didn't want any confusion. I like my username though, but I don't use it anywhere besides here.--SlugDrones • (Contact) 16:05, February 22, 2013 (UTC)

Whoops, you are right. I'd mistakenly thought that admin requests were one week and only bureaucrats were two weeks. -- Supermorff (talk) 14:32, March 2, 2013 (UTC)

I know. But luckily I undid the edit. So the page is finally fixed... We would've appreciated rollbacks anyways... Thank you for your concern! -- MintsyWinterBlue (talk) (contributions) 14:50, March 9, 2013 (UTC)

You once told me that you've been praised for your maturity, I can now see why. I like how you handle things in discussions. Always relevant and to-the-point. You're one of the most mature users here and the most mature 'new' user in this site.--SlugDrones • (Contact) 15:05, March 10, 2013 (UTC)

Because it is not happening now. It has already occurred, which is the nature of a history section. So past tense seems appropriate.Ultrasonic9000 (talk) 18:47, March 13, 2013 (UTC)

Yeah...I'm guessing you see a problem with it. I've never been able to say anything better than Morff...I'm changing the wording a bit because it doesn't seem quite right, but yes, I'm using Morff's scripted "warning" (Though it's not a warning, it's only a message informing the user of our art policy). If you see a problem with it, would you care to elaborate? You're starting to confuse me. Twinkle Snow Unleash Christmas 201322:53, March 18, 2013 (UTC)

Since when has informing users of our art policy been something only admins do? Of course it's unusual because no other rollback does it. Morff is the only one who leaves those kinds of messages regularly (by that I mean whenever he sees an infringement of our art policy), and he's not even on all the time. I just feel someone needs to be "helping out" Morff in enforcing our art policy, because I haven't seen anyone else do it except maybe Disco once (and Disco isn't even a rollback). The way I see it, there's no reason not to do it unless I'm busy at the moment or I'm really tired (or I don't want to, but I think it's important that users be informed of our policies if they are to edit here). A final note: I think I've finally realized I'm satisfied with rollback, because I don't want to be a chat mod, admins can only delete pages, block users, and edit MediaWiki pages (which isn't really much), and I don't really need admin rights anyway (everything will get done eventually even if I'm not an administrator). Twinkle Snow Unleash Christmas 201316:51, March 19, 2013 (UTC)

Closed summaries are supposed to say what happened as result of the forum and nothing else. They are are supposed to be neutral on the subject at hand. Your summary did not sound like that. If you would like to talk about this more, please come on the chat. It's just me right now. SilverPlays97 (Wall) (Contributions) 12:40, April 21, 2013 (UTC)

An Understandably Long Message From Your Friend Unleashed Edit

Well, summer started here about a month ago, and I've been doing the usual; editing. Yeah, despite it being summer, it rains here once every week, and I don't like rain, honestly. I like being outside, so the rain makes things difficult on what to do. But other than that, I got 13000 edits and I did this. Glad to hear from you again, old friend! :D BlueSpeeder (talk) 16:42, July 1, 2013 (UTC)

I actually only saw your reply to my message just a few minutes ago. It wasn't showing on my talkpage yesterday for some reason....

I feel really stupid now. Way to spoil the mood. XP Before you messaged me, I was actually worrying about the possibility that you would not return to SNN, and I guess that's why I took your final comments a bit too seriously. Anyway, I'm glad you're back. I hope to see you around more often. (By the way, what's up?)

Retrieved from "https://sonic.fandom.com/wiki/Message_Wall:Le_Solace/Archive_2"
Community content is available under CC-BY-SA unless otherwise noted.