Sonic News Network
Register
Don't have an account?
Sign In
Advertisement
in: Mario & Sonic at the Sochi 2014 Olympic Winter Games, Wii U games, 2013,
and 2 more
English

View source
watch 02:46
The Quarry - The Loop
Do you like this video?
Play Sound
Main page CreditsGallery

Join the fun and go for gold!

Mario & Sonic at the Olympic Winter Games Sochi 2014 (マリオ＆ソニック AT ソチオリンピック, Mario & Sonikku AT Sochi Orinpikku?, lit. "Mario & Sonic at the Sochi Olympics") is a cross-over sports/party video game for the Wii U and is the fourth installment of the Mario & Sonic series. It was first announced by Satoru Iwata on Nintendo Direct on 17 May 2013, as the second out of the three titles of Sega and Nintendo's exclusive collaboration, the first being Sonic Lost World and the third being Sonic Boom: Rise of Lyric/Sonic Boom: Shattered Crystal. It is also the first game in the series published by Nintendo outside of Japan and South Korea rather than Sega, who published the first three games.

Mario & Sonic at the Olympic Winter Games Sochi 2014 features sixteen events, including a wide variety of Olympic winter sports, including skiing, snowboarding, bobsledding, pairs figure skating and curling.[4] Players have to use both the GamePad and the Wii Remote Plus, depending on the event in question. Curling, for example, requires players to draw lines on the GamePad's screen.[4]

The game also includes special events set in the world of Mario & Sonic, in which characters have special abilities not possible in the real world. Mixed events that combine sports like skiing, snowboarding and bobsledding in one race, are available. Figure skating can now be performed with two characters on the same team, working simultaneously.

Legends Showdown is a story mode of the game. There are 5 areas and characters of the game have separated to 5 different teams: Sonic, Tails, Yoshi and Donkey Kong in blue team, Amy, Knuckles, Wario and Waluigi in red team, Vector, Shadow, Daisy and Luigi in orange team, Silver, Blaze, Mario and Peach in yellow team and Metal Sonic, Dr. Eggman, Bowser and Bowser, Jr. in green team.

The players race against the chosen character's ghost form, which has similarities to the Phantasmal Fog Imposters seen in the Nintendo 3DS version of Mario & Sonic at the London 2012 Olympic Games.

Each team completes an area, which has 4 events and one boss battle. The second of these events features a fight against a Mii, and the final stage requires the players to beat a boss. Upon completion, the player receives a rank based on their score. Skill points determines the number of points gained in a single event. If an A+ achieved, a Mii outfit will be rewarded.

Action and answer tour is an action quiz, which combines quiz and minigames.

Mario & Sonic at the Sochi 2014 Olympic Winter Games has received mixed reviews, with most praising the visuals, but criticizing the game for being too similar to previous games of the series. It currently holds a score of 56% at GameRankings and 57/100 at Metacritic. Nintendo Life gave the game a 6 out of 10,[7] with Liam Martin of Digital Spy agreeing with his rating of 3 out of 5.[9] Scott Thompson of IGN criticized the game's unbalanced AI and unresponsive motion controls, giving it a 4.5/10.[6] 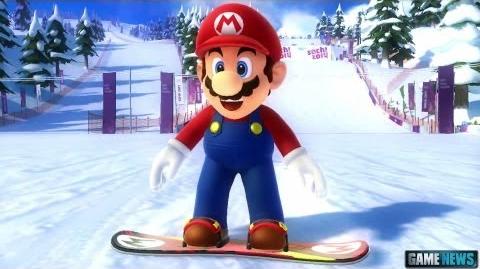 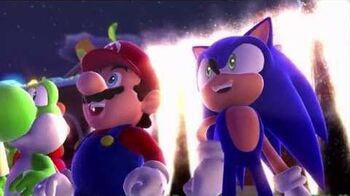 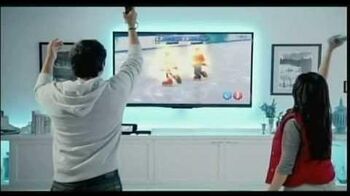 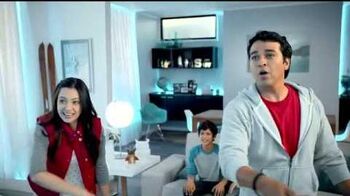