View source
watch 02:46
The Quarry - The Loop
Do you like this video?
Play Sound
Main page CreditsBeta elementsGallery

Mario and Sonic compete for the Gold!

Mario & Sonic at the Olympic Games (マリオ&ソニック in 北京オリンピック, Mario & Sonikku in Pekin Orinpikku?, lit. "Mario & Sonic in the Beijing Olympics"), is a sports game developed and published by Sega in North America and Europe, and by Nintendo in Japan.

The game was officially licensed by the International Olympic Committee through exclusive licensee International Sports Multimedia in 2005.[4] It was the first official video game of the 2008 Summer Olympic Games to be released. The game was first announced by Sega and Nintendo on 28 March 2007. Sega showed the first screenshots and a movie of both versions of Mario & Sonic at the Olympic Games at E3 2007.[5] Many users of the internet from both fandom used think this game was an April Fools joke from Sega before it was eventually officially released.[6]

The game was known for being the first official crossover title to feature both Mario and Sonic the Hedgehog, Nintendo and Sega's former rival mascots, along with other characters from the respective series. The player can assume the role as one of these characters while competing against the others in numerous Olympic events as well as fantasy events.

Mario & Sonic at the Olympic Games brings together the title characters and 14 more from both franchises to participate in environments based on the official venues of the 2008 Summer Olympics in Beijing. These environments are stylized to fit the art styles of the Mario and Sonic video games. Besides the characters from the Mario and Sonic games, Miis can also be played as in the Wii version. There are also a few randomly selected non-playable characters acting as referees or the audience for certain events. Each playable character has their own statistics which can serve as an advantage or disadvantage depending on the event. They are divided into four categories: all-around, speed, power, and skill. All-Around isn't really its own skill, but more of just being good enough in the other categories. There is also a statistic for stamina.

The gameplay involves utilizing either or a combination of the Wii Remote and Nunchuk on the Wii or stylus and button controls on the DS in various ways to complete each event. The events can require a combination of speed, timing, and some strategy. Each competition offers a slight degree of difference. In the running events, for example, getting a starting boost in the 100m dash will either make or break the player's place, while in a relay race, which can last for well over a minute, this may not determine place as effectively. The game also has leaderboards that make use of the Nintendo Wi-Fi Connection to show the best times and scores.

Between each character, each have their own rival as based on either mission mode or by the starting prologue. Here are the following face-offs:

The Wii game has twenty Olympic events which are divided into eight different classifications; athletics, gymnastics, shooting, rowing, archery, aquatics, fencing and table tennis. All of these events are organized in the tournament and circuit modes. Some events such as 4x100 m relay race, allow the player to have a team of four characters. Circuit mode is where players compete for the highest overall score in a pre-determined series of events or design their own circuit. In the single-player mission mode, each of the competitors has six character-specific missions to complete, however each of the characters statistics are not as balanced as in the main game. For example, one of Mario's missions, beating Sonic, is more challenging here. Mario & Sonic on the Nintendo DS has 16 Olympic sports, most of them from the Wii version. Cycling and 10m Platform Diving are exclusive Olympic events on this handheld.

There is an unlockable version of four of the Olympic events in the Wii game called "Dream Events". They differ from their real-life counterparts by applying more fictional video game attributes from the Mario and Sonic worlds. As a result, these events also have recognizable locations, abilities, objects, and support characters from both gaming worlds. The Nintendo DS version has five exclusive Dream Events: canoeing, boxing, basketball, long jump and skeet shooting.

Both the console and handheld versions of Mario & Sonic at the Olympic Games feature a gallery where facts and trivia can be found. Brief facts of the Olympics can be found. There are five categories of trivia with matching mini-games that, once completed, will unlock the answer to trivia questions. Classic music from both series is available for use in the gallery once all levels in a category are cleared. There is also a standard gallery theme. The information, mini-games, and songs differ between Wii and Nintendo DS.

Sega decided to use their characters that "young people love and are very iconic" instead of just developing a simulation. The corporation then requested and received approval from Nintendo to include Mario in the game Sega was going to use to help introduce young people into the Olympics. As a result of this and to ensure quality, Nintendo partnered with the developer in-house.

The creator of Mario, Shigeru Miyamoto, supervised the project and the game or one of its two versions may have been co-developed by TOSE, a developer known to not be credited for the games it produces. Sega revealed in early October 2007 that Mario & Sonic at the Olympic Games release date schedule has been advanced by two weeks and the game has gone gold. Over 20 characters were originally planned including D.K, Birdo, Silver, Jet, Rouge, Bowser Jr, Diddy Kong, Omega and Cream, as well as some sports, such as judo; however, some of these were left out of the final release.

The Wii version of Mario & Sonic at the Olympic Games was awarded as the Best Game of 2007 on its platform at the Games Convention in Leipzig.[12]

GameSpot praised the Wii game for its wide variety of events, but thought a number of them were too similar to each other. The reviewer called the motion controls utilized in the events as commonly "uninteresting and occasionally frustrating". X-Play agreed, calling the controls "non-intuitive" and some of the minigames require players to "wave their Wiimotes frantically while press several buttons at the same time, which can be a tad bit frustrating". An Electronic Gaming Monthly editor mentioned the controls are complicated for a game that should be a "pure pick-up-and-play party game".[8]

IGN called the game a success in their minds in regard to the slight degree of differences each competition had to offer and generally most of the events were entertaining. However, the events within their own classifications felt similar, for example, the track events, the reviewer thought "five or six that feel nearly identical" and lacked diversity. Both IGN and GameSpot favored archery and the fantasy events Mario & Sonic at the Olympic Games had to offer which IGN states ends up "stealing the show".[9][10]

Mario & Sonic at the Olympic Games has received mixed reactions by critics, however it was commercially successful, exceeding Sega's expectations by selling over four million copies. The Wii version has sold half a million units during its first 7 weeks of sale in the UK. By June 2008, both versions reached 1.2 million copies combined in UK sales prompting Sega to create plans on re-marketing the game there.

Mario & Sonic at the Olympic Games claims two-times of the top charts in the UK's Top 30 charts released by GameIndustry International and Chart-Track.[13][14] According to the NPD Group, the Wii game was one of the top-ten best-sellers for the month of December 2007 in the United States, selling 613000 units.[15] 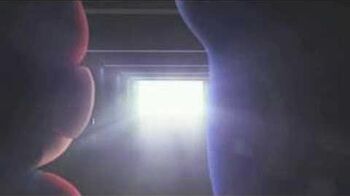 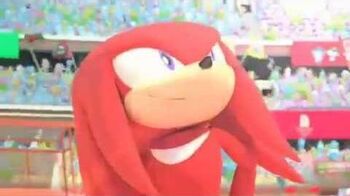 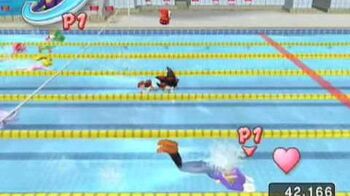 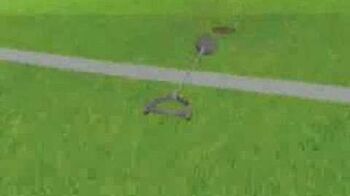 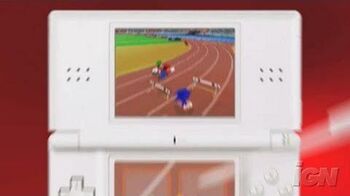 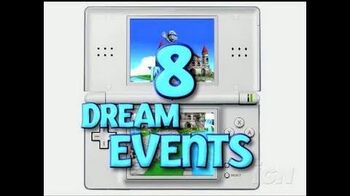 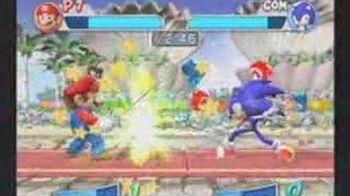 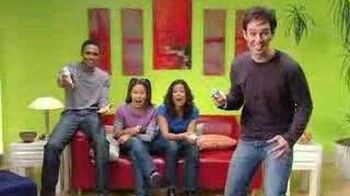 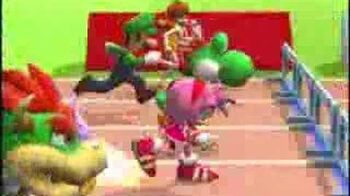 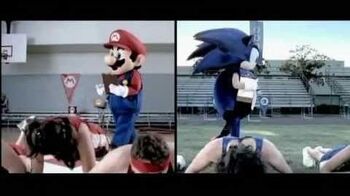 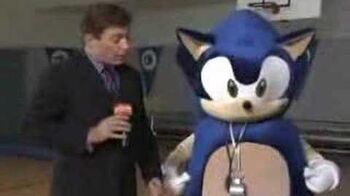 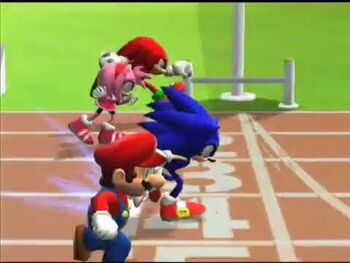