Sonic News Network
Register
Don't have an account?
Sign In
Advertisement
in: Articles in need of expanding, Mario & Sonic at the London 2012 Olympic Games, Wii games,
and 4 more

Mario and Sonic head to London!

Mario & Sonic at the London 2012 Olympic Games is the third installment of the Mario & Sonic series. This is a sports game for Wii and the Nintendo 3DS. This game features new sports, such as football (Soccer), and the 3DS version features a unique control mechanism. The Wii version released 15 November 2011 and the 3DS version was released on 14 February 2012. It was playable at E3 2011 and Gamescom 2011. A playable 3DS demo was released on 27 January 2012.

Each character in the game has statistics to which kind of event they would be good at and which event they would not be good at. The game features four or five statistics (Acceleration, Max Speed, Skill, Power, Stamina) that a character can be and each type classifies where that character will excel in comparison to the other types. Each character still has other stats that come in effect and are not determined by their type. These statistics are more based off that characters natural abilities, a good comparison is with Sonic, Tails, Amy, and Knuckles, even though Tails is a Skill type, he is still fast, just not as fast as Sonic (who is a Speed type) and even though Amy is All-Around she's strong, fast, as well as being very skilled but not to the extent as Sonic, Tails, or Knuckles.

Bowser and Dr. Eggman watch over London from the inside of Big Ben, but the doctor tells Bowser they're already starting the 2012 Olympics and they haven't got their invitations yet. Bowser suggests that he could use his new machine. Dr. Eggman agrees and puts a mysterious pot in side of it and presses the start button. Then, colorful fog covers all over London, while Bowser and Dr. Eggman laugh in victory.

Bowser Jr. arrives in England to compete in the games. Unfortunately, he took a wrong turn and ended up in Stonehenge instead of London. He sees Yoshi training for the games and challenges him to an Olympic event. Jr. wins and calls on his Bullet Bill to bring him to London. Later, Omochao and a regular Chao are being threatened by two of Dr. Eggman's robots for unknown reasons. Shadow and Silver arrive to defeat them, but Jr., flying overhead, accidentally falls off of his Bullet Bill and destroys both robots. The two Chao are grateful and even the two hedgehogs are impressed. Wanting to see how strong he really is, they challenge Jr. to a 2-on-1 Olympic event. Surprisingly, Jr. wins. Shadow and Silver are good sports and congratulate the young Koopa. A nearby Goomba convinces Jr. to look for more robots so that he'll be even stronger. Arriving at the stadium, Jr. and the Goomba see Dr. Eggman measuring Metal Sonic's time running around the track. Jr. challenges Metal Sonic to an event. Thinking this would be perfect practice for the robot, Eggman agrees, on the condition that Jr. becomes his servant if he loses. Jr. accepts, telling Eggman that if he wins, he has to tell Bowser of his victory. With that, the reptile and robot set off. Jr. eventually wins. Eggman tries to examine Jr. to see what he needs to do to upgrade Metal Sonic, but Jr. angrily stops him, demanding a snack in exchange for Eggman trying to trick him. The scientist reluctantly agrees.

Meanwhie, Bowser angrily stomps through London, followed by a Goomba, a Lakitu, and a Magikoopa. Bowser is really angry because of a toothache he has. His minions decide to cheer him up by secretly letting him win some Olympic events against various challengers. Their first target is Donkey Kong. The Magikoopa promises a pile of bananas in exchange for defeating Bowser in an event, but when the ape agrees, the wizard summons a Thwomp to fall on DK, making him dizzy and less likely to win. When Bowser shows up, he defeats DK, but behind his back, the Magikoopa makes it up to DK by getting him those bananas he promised. Later, the Magikoopa, as well as the Lakitu and a Dry Bones, somehow convince Knuckles and Vector to rendezvous. To convince them to fight, the Magikoopa uses his magic to make the Lakitu look like Charmy and the Dry Bones to look like Espio. The two real Chaotix members notice the two fake members acting funny, but agree to fight Bowser. The Magikoopa then summons giant versions of a Chain Chomp and Piranha Plant to bite Knuckles and Vector, respectively. Similar to DK, this makes the two animals dazed and less likely to win. After Bowser defeats them, the Goomba (who had led Bowser to the arena) quickly escorts him out before Knuckles and Vector ask too many questions. For Bowser's last false victory, the minions plan to have their king triumph over Mario in a tennis game. Unfortunately, the Boo assigned for the job failed to trick Mario into coming to the court, so after the other minions come, Dry Bones distracts Bowser while the others think of a plan. The Magikoopa decides he'll have to transform one of the minions into Mario. Dry Bones can't do it since he's talking to Bowser, and neither Boo nor Lakitu can do it because they're floating. This leaves the Goomba as the only solution. The mushroom is terrified to do it, but when Bowser's patience wears thin, he agrees. Bowser challenges "Mario" to a game of tennis and wins. After the match, Bowser Jr. arrives and congratulates his dad while the minions celebrate over the success of their plan.

In his secret headquarters inside Big Ben, Eggman defeats Metal Sonic in a match of Taekwondo. However, he is unsure what to do to upgrade his creation. His other robot minions, Orbot and Cubot, see Waluigi on the monitors and suggest him for practice. The foursome confront the man in purple and convince him to battle, saying it would make good practice for defeating Luigi in the Olympics. Metal Sonic wins, and Eggman deduces that Metal Sonic possesses speed, but not strength. Eggman and the robots come across Wario and ask him to challenge Metal Sonic so that the robot may go against Wario's strength. However, defeating Mario isn't good enough for Wario, so he and Eggman settle on a bet: If Wario wins, Orbot and Cubot come work for him. If Metal Sonic wins, Wario has to give Eggman something of his. Metal Sonic emerges victorious. Wario gives Eggman an old urn he got from an antique shop, claiming its magic. Eggman seems to recognize it and accepts it. Back in his headquarters, Eggman places the urn inside a machine. The machine slightly unseals the lid on the urn and gray fog pours into the room. Some of this fog takes the shape of Sonic and Eggman challenges it to an event. Eggman appears victorious and the Sonic imposter vanishes into thin air. Eggman explains to his minions that this urn contains the legendary Phantasmal Fog, stolen 300 years ago by the legendary pirate William Kidd. The urn eventually ended up in the British Museum, where it was recently stolen. Eggman resolves to completely unseal the urn after he and Metal Sonic are done training for the Olympics.

At Hyde Park Peach, Amy, Blaze, and three Toads are setting up the invitations for all of the athletes, however Amy suggests she take Sonic's invitation to him personally, Blaze suggests that if Amy can beat her in a competition she will let her go. Then, after Amy beats her, Daisy shows up and battles with Peach and after Peach wins they all go out for a break, but when they return the wind had knocked off all of the invitations to the ground. After they pick them all up they realize that they are missing Bowser's and Eggman's invitations they make new ones. Later, Peach and Amy meet Bowser and Eggman in the park and end up playing a round of Beach Volleyball, after they win they go fetch their invitations, but at the same moment the toads go to deliver them, they drop Eggman and Bowser's next to them. Bowser and Eggman look at how well it's written and think that their love letters to Sonic and Mario. Bowser and Eggman go off together looking around London before they do something evil. The girls assume that Bowser and Eggman took their own and then all go out shopping together before the Olympic Games start.

Some Items are used in the Dream Events and some in London Party.

Buying goodies returns for the game

Stickers are collected in London Party Mode by winning bonus games from characters or rivals or by winning events.

Some music returns from the past installment

Costumes make a reappearance in this game. Some of these return from the past installment. Note that some of these Mii costumes can be unlocked by completing objectives. Cream, Toad, or other characters will then give you new costumes by mail.

(Names with a * beside it are new and were not in the previous installment.)

Mario & Sonic at the London 2012 Olympic Games received mostly positive reviews. Nintendo Power gave the Wii version a 7.0 rating in their November 2011 issue, stating that the game had events that weren't just minigames, but good ones, too. They also reviewed the Nintendo 3DS version in their January/February 2012 issue, giving it, as well, a 7.0 rating, saying that some of the events weren't quite accurate, but still a fun minigame jaboree. IGN gave the Wii version a 7.5 rating, saying that the game is a recycled version of Mario & Sonic at the Olympic Games with the events, but liking the Dream Events and the London Party. 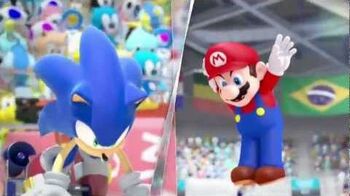 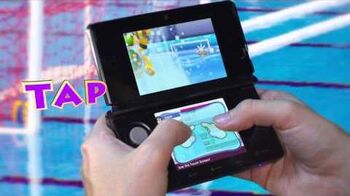 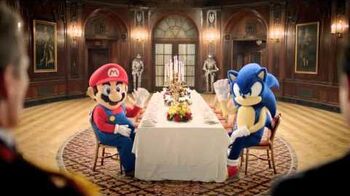 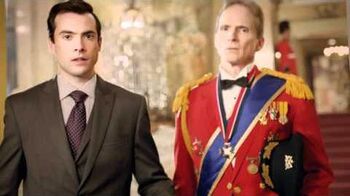 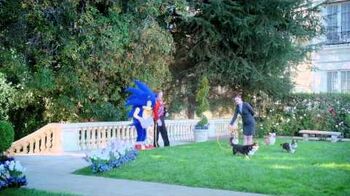