Shadow in the Mad Matrix, from Shadow the Hedgehog.

Well, well... if it isn't Shadow! Your timing is impeccable. You know that Eggman fella pretty well, don't ya? Well, we need your help to hack into his computer... and don't ask why!

— Vector the Crocodile, Shadow the Hedgehog

Mad Matrix is one of the fourth Stages in Shadow the Hedgehog. It is reached by completing either the Hero mission of Prison Island or the Normal mission of Circus Park.

After either assisting Charmy Bee in stealing the five disks on Prison Island, or simply retrieving the Chaos Emerald from Circus Park, Shadow enters a part of one of Dr. Eggman's bases, and runs into Team Chaotix while they are trying to hack Dr. Eggman's computer. Shadow assists them in hacking the computer (by smashing the keyboard), and goes into the cyberworld himself, just before Espio goes in. Shadow finds himself in the Blue Network of Eggman's Mad Matrix, and plans to go to the core because he believes "the Doctor must know something." Inside of the Blue Network, Espio asks Shadow to help him extract data from all four terminals. Just outside the blue terminal, Doom's Eye informs Shadow that bombs have been set along the circuitry and instructs Shadow to detonate them all, as this will destroy the Doctor's mainframe. The player can then either choose to help Espio re-activate the computer terminals, escape the cyberworld, or help Doom's Eye destroy the cyberworld.

Throughout the level, Espio instructs Shadow to leave the Egg Pawns alone, lest they attract the notice of not just antivirus programs, but Eggman himself. Regardless of the route Shadow takes, Eggman eventually ambushes the intruders with his Egg Breaker.

The following weapons can be found in Mad Matrix:

The Secret Door is located on the two-toned mini-tower, with there being shortcut leading directly to the Red Terminal inside.

All of the bombs are in the exit from the Blue Terminal. They are all on the light-speed circuit, but tracking them down can be confusing. An A-Rank can easily be achieved by not losing a life.

Throughout this Stage are various Color Panels. Upon stepping on a tile, it will change colors. To trigger the mechanism that they are attached to, the colors must be matched up. The color pattern changes as follows: Yellow, Green, Blue, Red, Yellow. After the first Save Point, ride the beams of light up to the top of this tower. Make sure to get the weapons from one of the Egg Pawns, because they will be needed to shoot the tiles. Once the end of the section is reached, the blue terminal will be activated.

The Goal Ring is inside the Red Terminal. Once inside the main chamber with Goal Ring, use the wind to float over to the right or left side with the Egg Pawn, and step on the colored platform. When all the colors line up, Shadow will be taken to the Goal Ring.

One thing that is different in Mad Matrix's Expert Mode is the Color Panels, as there are now more of them to line up. Besides making the level longer, it should still pose no problem. The changes to each terminal are as follows:

The boss of Mad Matrix is the Egg Breaker, one of Dr. Eggman's machines. The guide for this battle is Espio.

The player must the springs around the arena to get above the boss. Up there are Egg Pawns with Egg Guns, which are more effective on the Egg Breaker than the RPGs in the bottom level. Also, using Chaos Control can quickly finish him off. 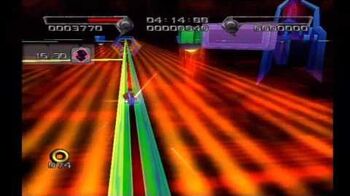 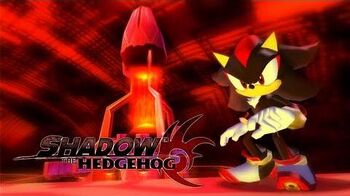 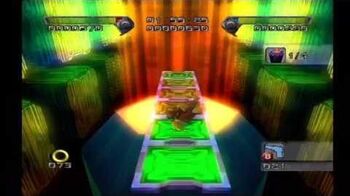 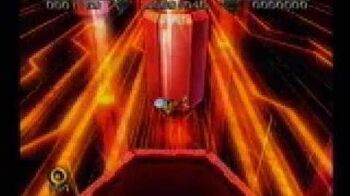