The Light Speed Dash Shoes, from the Xbox 360/PlayStation 3 version of Sonic Unleashed.

A specialized pair of shoes.

Sparkling golden shoes. They're made with the same material as Rings.

The Light Speed Shoes' appearance differ greatly between the games, but share the trait of being based on Sonic's footwear.

In Sonic Adventure, the Light Speed Shoes are found in the sewers in Station Square after defeating the Egg Hornet boss. To obtain them, the player should head down the manhole at the road in the City Hall area. Once down there, they must head to the end of the sewer, and the Light Speed Shoes will be on the platform to the right. In this game, they are described to make the user feel lighter than the air.[1]

In Sonic Adventure 2 and Sonic Adventure 2: Battle, the Light Speed Shoes are found in Metal Harbor. After the first Star Post, the player must get over to the next platform. The Light Shoes can be found on the top of the tower on that platform, which can be reached with the pulley.

In Sonic Unleashed, the Light Speed Shoes can be found in Shamar's Entrance Stage, on a cliff to the left after Sonic enters the Entrance Gate and is a requirement to reach the next Day Stage. In order to obtain this Level Up Item, Sonic must have obtained either the Wall Jump Shoes and/or the Air Boost Shoes.

It is only found in the Xbox 360/PlayStation 3 version since Sonic already has all Level Up Items at the start of the game in the Wii/PlayStation 2 version.

In Sonic Shuffle, normal Sonic wears his regular trademark shoes but Super Sonic wears the Light Speed Shoes from Sonic Adventure. The shoes allow Super Sonic to perform the Light Speed Dash, an improvement on Sonic's Spin Dash. Sonic can perform a Spindash on the board and move twice the spaces of the original card if it was selected twice in a row (if the player chooses a 6, then on the next turn another 6, they will move 12 spaces instead, if the player picked two 5's then they will move 10 and so on), but this only works once and resets. The next time the player picks the same card again they will move the normal amount of spaces. Super Sonic improves this by moving double the spaces for a third and fourth turn if the player is lucky enough to get all the cards in a row.

This variation of the Light Speed Dash is different as Sonic does not use rings to move, he instead dashes without them. 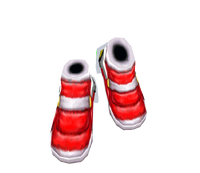 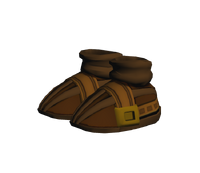