Together with Leucosia and Riadne, Ligaia watched over the Voxai race and used their psychic connection to their people to maintain a reign of peace by providing benevolent guidance. After their ally Pir'Oth Ix from the Nocturnus Clan, however, provided Ligaia and the others with two Chaos Emeralds, they went mad and began enslaving their people telepathically, until they were stopped by Sonic the Hedgehog and his team.

For centuries, Ligaia, Leucosia and Riadne have ruled over the Voxai. As a part of the Overmind, Ligaia and the others kept peace amongst the Voxai, from Voxai Colony Alpha, by using their telepathic link to their people to give them daily messages, instructions or just simple suggestions on how to use their time most efficiently and urging the citizenry to build and accomplish great things. Unlike the other alien leaders in the Twilight Cage, Ligaia, along with the rest of the Overmind, willingly allied themselves and Sector Charybdis with the Nocturnus Clan and their leader Pir'Oth Ix, when the clan rose to power.

After Ix managed to steal the seven Chaos Emeralds from Earth, Ligaia, Leucosia and Riadne were given two of them by Ix, unknowingly by the Overmind, to keep the Voxai busy while the Nocturnus Clan escaped from the Twilight Cage. The promise of power the Chaos Emeralds provided eventually ended up corrupting the minds of Ligaia, Leucosia and Riadne, turning them into powermad dictators. Psychically treating the Chaos Emeralds into Great Emeralds, Ligaia and the others used them to amplify their telepathic powers greatly. This allowed them to use their link to their people to enslave nearly all of the Voxai mentally and turning them permanently into their mindless slaves, while keeping an eye out for any intruders.

When Sonic the Hedgehog and his team arrived at Voxai Colony Beta to take back the Chaos Emeralds, Ligaia, Leucosia and Riadne used their powers to have their people attack Sonic and his team to stop them. When their own people proved not to be enough to stop Sonic and his team, Ligaia and the rest of the Overmind send Thelxe and their best soldiers to fight them, and gave as well Thelxe one of their Great Emeralds to give them an edge.

Despite their efforts, Sonic and his team made it into the Overmind's stronghold to stop them. Once they arrived, Ligaia and the others attempted to take control over Sonic's and the team's minds, but thanks to the Great Emerald Sonic had taken from Thelxe, Sonic was able to resist. Ligaia, Leucosia and Riadne then appeared on the scene, surprised at Sonic's resistance, and they told him to let them "free them the burden of choice", but Sonic refused. Overconfident, Ligaia and the others freed Sonic's friends from their control to simply prolong their enemies' seemingly useless struggle. This act, however, ultimately led to the Overmind's downfall and Ligaia was defeated, along with Leucosia and Riadne. 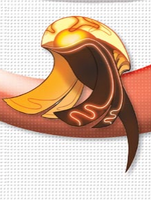 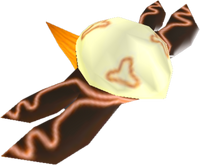