A common Kron specimen, from Sonic Chronicles: The Dark Brotherhood.

Stocky alien humanoids made of rock.

The Kron (クロン, Kuron?) are a race of rock-like aliens first encountered by Sonic and his friends during Chapter 7 of Sonic Chronicles: The Dark Brotherhood, when the Blue Cyclone crash-landed on the Kron Colony.

The Krons are a bulky, humanoid alien species with the average height of about two meters. Their entire body is made of stone, without any organic organs, and the only signs of life their display are the orange glowing lines across their body and eyes. They have stubby arms and legs and possesses a large stone orb which makes up most of their torso, with only a thin spine connecting their upper and lower body. The remainder of their body is made of layers of rock and they have orange vizor where they have eyes.

The Kron is described as a stubborn, but also a very easy-going people. They are workers and builders by nature and are known mostly for their mining and metallurgical talents, something which even the Nocturnus Clan hold in high regard. Their work-orientated culture is an important part of their lives and society.

The Kron talk in an odd, Yoda-esque dialect, although they maintain that the grammar malfunction is an error on the part of the listener, rather than the speaker.

On their original homeworld, the Kron were a ruthless people, with Foreman Krag ruling over his people with an iron fist. After the were conquered by the Nocturnus Clan and were forced into servitude, the Kron underwent a significant change, as they experience how it was to be oppressed, and they became a more fair people.

The Kron possess military forces, where the selected soldiers are chosen among the best laborers. In battle, they rely on their brute strength more than tactics and training to defend their colony.

As the other alien species in the Twilight Cage, the Kron are a very powerful race. They require little sustenance or extravagance in order to survive due to their lack of organic needs, and have extremely long lifespans; their leader, Foreman Krag, remembers being torn from their homeworld by Argus thousands of years ago.

Due to their species being made of a rock-like substance, the Kron possesses a natural and highly resistant armor which thet can use both offensively and defensively. They can detach the large rock orb in the center of their body and use it as a weapon. They also have high physical strength and few is said to hit harder than the Kron. However, due to their movements and body material, they are very slow-moving.

The Kron originally lived on Planet Kron an unknown amount of time prior to Sonic Chronicles: The Dark Brotherhood, until they and their civilization were pulled into the Twilight Cage and imprisoned by Argus, possibly because they were a much too powerful race.

Despite this change, the Kron continued to live on in the Twilight Cage, on a planetoid created from a torn-off part of their homeworld that came to be the Kron Colony for the next thousands of years (according to time flow in the Twilight Cage). Over time, the Kron came to be regarded as the eldest of the extant species within the Twilight Cage. The Kron continued a peaceful existence, until the Nocturnus Clan arrived and they were subdued by Imperator Ix long ago. They then forced the Kron to work for them, and Krag's people were induced to build weapons and ships for the Nocturnus Clan, although when the player arrives they are in the midst of a rebellion. Initially mistaking Sonic and his companions for Nocturnus agents, the rock-people attack, and prove highly resistant to conventional damage. The heroes eventually agree to aid the Kron in their uprising, and liberate the main Kron factory from Nocturnus occupation.

In Chapter 10, the Kron outfit the Cyclone with energy-deflecting alloys that enable the heroes to break through the Nocturne's forcefield defenses.

In the Archie Comics, the Kron are an alien race imprisoned within the Twilight Cage. They once resided in the same galaxy as Mobius, but were teleported to the Twilight Cage in the Argus Event. 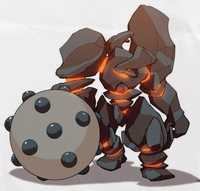 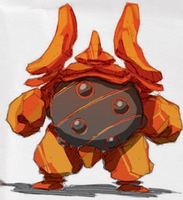 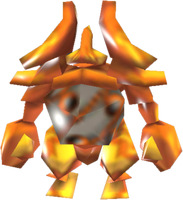 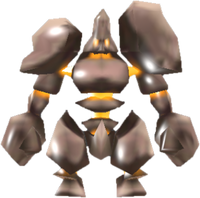