Kidrobot, Inc. is a well-known creator of art toys, collectibles, apparel, and accessories, founded in 2002. In 2014, it was acquired by NECA.

In 2016, it was announced that Kidrobot would produce Sonic the Hedgehog toys in celebration of the twenty-fifth anniversary of the series.[1]

Kidrobot's first Sonic product was part of a collaboration titled Sonic the Hedgehog × Kidrobot. A 7-inch display piece/art figure was produced by the company for the collaboration. It depicted Sonic performing a Spin Dash in Green Hill Zone, with a trail of Rings ahead. The figure was developed by Bigshot Toyworks.[2]

A metallic variant of the figure was exclusively available on Kidrobot's website, limited to two-hundred pieces worldwide.[2][3]

A set of eighteen vinyl keychains were produced, and like the mini figures were also available through blind boxes. This time there was a probability out of twenty-four for most of the key-chains, but four of them only having a probability of one in forty-eight.

During New York Toy Fair 2019, Kidrobot showcased released and upcoming products. One of the upcoming products was Sonic the Hedgehog Chaos Mini Series, a series of blind box figures of modern Sonic series characters.[4] They were set to retail for $9.99 USD each, and release in July 2019. They were later on display at Licensing Expo 2019. As of October 2019, they were still yet to go into production due to difficulties in finding suitable retail outlets.[5]

Also on display at New York Toy Fair 2019 was the Sonic the Hedgehog Chaos Keychain Series, a series of keychain figures of characters from the modern Sonic series. They were set to retail for $5.99 USD and release in July 2019, but like the Chaos Mini Series have also since been delayed.

The Phunny plush collection is a line of plush toys of popular creepy characters, but softened up to be more huggable. They are about eight inches in height and usually in a sitting pose.[6]

Due to the style of Phunny becoming popular, non-creepy characters evenutally joined the series and Phunny plush toys of Sonic and Tails were made. 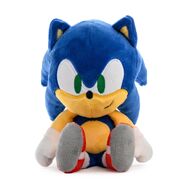 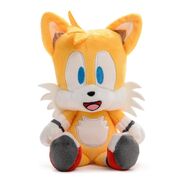 Phunny Tails
Add a photo to this gallery