Keep an eye out for the new Jade Wisp. This mysterious creature grants Sonic the ability to pass through walls easily and levitate like a ghost to reach otherwise impossible areas.

The Jade Wisp[1] (ジェイドウィスプ, Jeido Wisupu?) is a creature that appears in the Sonic the Hedgehog series. It is a breed of Wisps that grants the Jade Ghost Color Power.

Like other Wisps, Jade Wisps are composed entirely of Hyper-go-on, a powerful energy that serves as their life sources.[2][3] They have a jade-colored body with a hood-like head with a pointed, zigzag protrusion that extends backwards from the top, and three tentacles that are wide near the middle and end in a jagged point. Much like the Nega-Wisps, they lack eyes and have a wide, sharp fanged-like mouth in the style of a jack-o-lantern.

Being Wisps, the Jade Wisps are halcyon, social, bright, energetic, and pure of heart.[4] They are likewise peaceful, playful, non-hostile and friendly of nature, and enjoy spending most of their time playing with others. Due to their overall good nature, they easily get along with everybody, except bad guys.[4] Also, rather than aliens, with their floaty movements, they are more like fairies.[4] Additionally, while they are not necessarily fighters, they are nonetheless brave and very helpful towards their friends and allies.

The Jade Wisps are able to levitate in midair at will, which serves as their main method of transportation.

The Jade Wisps are able to generate and store their own unique variant of a powerful energy known as Hyper-go-on inside their own bodies, which is their life source. It is unclear to what extent they can use their own Hyper-go-on, though they have been shown being able to use it to turn invisible and pass through solid objects.[5]

The Jade Wisps are presumably able to pass on a fraction of their Hyper-go by phasing into the recipient. When organic beings or robots receive their Hyper-go-on, they can transform into the Jade Ghost which possesses ghost-like abilities.

In Sonic Dash, as a promotion for the release of Sonic Colors: Ultimate, the Jade Wisp appears as one of four Wisps that the player can collect every day in order to win extra rewards.

In the comic tie-in, during one of the early races in Dodon Pa's Grand Prix, a Jade Wisp was used by Big as a part of a collaboration attack on Dr. Eggman, who had intruded on Team Sonic and Team Dark's race.[6]

In Sonic Racing, the Jade Wisps appear as Item Box power-ups on the game's race tracks. In gameplay, the Jade Wisp power-ups allow the player to harness the power of the Jade Ghost, thus preventing them from colliding with anything while also stealing a Wisp from a nearby opponent. In addition, the Jade Wisps can be upgraded by the player to increase the range they can steal from and the level of the stolen Wisp.

In Sonic Colors: Ultimate, the Jade Wisps make an appearance, not only marking their debut in a Sonic platformer, but also retroactively making the Wisp incident their first canonical appearance. In gameplay, the Jade Wisps appear as Wisp Capsule power-ups that enable the Jade Ghost. They appear in every main Area in the game, except for Asteroid Coaster.

In Sonic Colors: Rise of the Wisps, a single Jade Wisp (nicknamed "Jade" by Sonic) appears as a major character. After being rescued from imprisonment in Dr. Eggman's base on Sweet Mountain by a group of vigilante Wisps, Jade attempted to help them by making Cubot incorporeal and causing him to drop several Wisp Capsules. This, however, drew the attention of Metal Sonic, who captured most of the group. As Metal Sonic approached Jade however, the Blue Wisp of the vigilante Wisps turned into a giant cube to hold back the robot long enough for her to escape. Jade later recounted this story to Sonic and Tails on Sweet Mountain, with Tails translating via his Miles Electric. Sonic, after hearing the story, subsequently set off to rescue Jade's friends.[7] 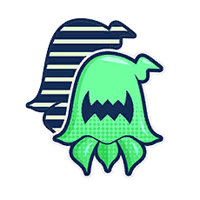 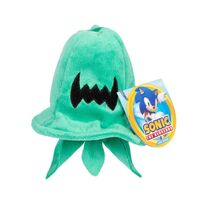