Twice at the snowboarding section, namely in the middle and at the end, there are houses, windmills and hot-air balloons in sight.

Following Angel Island crash landing near the Mystic Ruins, Big also travels into the Icecap's mountain in search of his friend, Froggy. There, he fishes for Froggy in one of the local pools and eventually catches him. By the time Big leaves Icecap however, Froggy has escaped again.

In Sonic's version of Icecap, there are Icicles that Sonic can grab onto a scurry around. If the player holds on for too long, however, Sonic will fall off it. 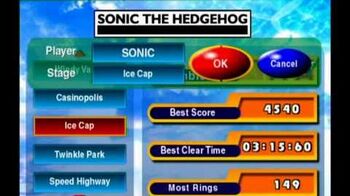 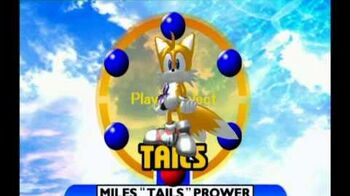 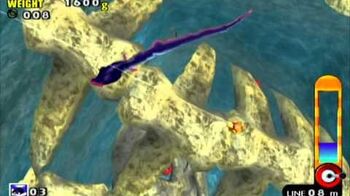