Hyper Potions is an American EDM band formed by and consisting of Ian "Sushi Killer" Tsuchiura and Kevin Villeco. They have also contributed music to Sonic Mania.

In accordance by accounts of Tsuchiura and Villeco respectively,[1] the two members got into music production at early stages of their lives, with Tsuchiura noting his passion for music "...for as long as [he] could remember", whilst Villeco had began his early footsteps into music and sound development as an after-school hobby in his early years.

Both Tsuchiura and Villeco also retain a strong passion for pop-culture and video games, most notable are the band's early contributions of music which included cover songs from video games including: The Legend of Zelda, Mega Man, Super Mario, Phantasy Star Online, Sonic the Hedgehog and Pokemon.[1] The band also contributed music and soundtracks for other popular title franchises and "indie" titles alike such as League of Legends[2] and lesser known 'indie' titles such as S#!T On Your Friends (SOYF)[3]

Seeking both work and recognition, Hyper Potions eventually gained contact with Sega to conduct limited sound and musical pieces. Their first publicized work with approval by the company is "Porta Vista'' featured in the announcement trailer of Sonic Boom: Fire & Ice. Prior to Sonic Mania's full trailer and game release, the group composed the teaser's opening trailer music "Checkpoint", where they also eventually appeared and performed as the opening act for Sonic's 25th anniversary party at the House of Blues in San Diego, California on 22 July 2016. Their most recent works are their contribution to the Sonic Mania development and promotion, creating promotional songs. 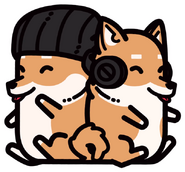 Kevin Villeco and Ian Tsuchiura.
Add a photo to this gallery

Retrieved from "https://sonic.fandom.com/wiki/Hyper_Potions?oldid=1925765"
Community content is available under CC-BY-SA unless otherwise noted.