Like most other Hidden Islands, Hidden Island 13 is a short stage which can be finished in less than a minute. However, it does not focus on a certain gameplay style or gimmick.

Hidden Island 13 features a few gimmicks exclusive to Blizzard Peaks. Most of them are snow-covered ice sheets that bounce the player into the air like Springs upon contact. However, they have to be touched from above or on the side. There is also a half-pipe that keeps the player sliding back and forth through it down its entire length. The player can use Trick Actions when launched into the air by the half-pipe or use the Humming Top/Jump Step to skip large sections of it.

Obstacles in this stage include an avalanche that will follow the player for a while and take away a life if they touch a character, and ice cubes. The latter can be destroyed with a Spin Jump/Axel Jump or Super Boost/Fire Boost.

At the top of this cliff, the player must outrun an avalanche. Afterwards, the player will pass through a series of gimmicks that lead to a few enemy-ridden ledges. After getting past them, the treasure chest will be in sight. 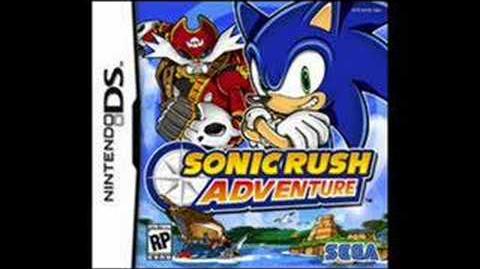