A Gun Hunter, from the console/PC version of Sonic Generations

The Gun Hunter[1] (ガンハンター, Ganhantā?) is an enemy that appears in the Sonic the Hedgehog series. It is a mass-produced robot model deployed by the military organization Guardian Units of Nations, and a part of the Hunter series. It is the most basic of its series, and from where all other variations are designed and modified from.

The baseline Gun Hunters are blue, white, yellow, red, and gray humanoid robots with a top-heavy upper torso. They have a flat head with no neck, a single red eye, and a drop-shaped blue cap covering it. On their torso, they have red and blue chest plating with the number "02" on the left side and GUN's symbol on the right. They also have legs with large kneecaps, thick forearms, a hand on their left arm, and a large, red and black-barreled gun on their right arm.

Originally, the Gun Hunters' legs were portrayed as rather thin. Later, during the Time Eater incident, they were made thicker and their feet became bigger. They also gained larger shoulders, smoother curves, a more streamlined gun, and had the number "02" and GUN's symbol emblazoned on their heads.

In gameplay, Gun Hunters either drop down from above or stay in a hunched-down standby position before entering an attack mode when the player is in range. They mostly remain in one spot from where they take aim at the player, but will hover around them in rare cases. When the player leaves the area, the Gun Hunters return to standby. They usually appear alone, but can appear in groups of two to three. When destroyed, the Gun Hunters each grant one hundred points.

When engaging the player, Gun Hunters attack by locking onto the playable character when they are within range before firing a yellow, arrow-shaped bullet. They repeat this once every second. Their shots have a range of roughly five-six meters before they vanish, and can pass through Containers. Some Gun Hunters can also shoot blue gel which will immobilize the characters they hit, making it easier for the Gun Hunters to shoot them. However, the player can break free by pressing

Inactive Gun Hunters can be found all over Weapons Bed which do not hurt Eggman when he approaches them, nor do they drop Chaos Drives when destroyed. They will still earn the player points and lock-on bonuses when destroyed, though.

In Sonic Rush, Gun Hunters appear alongside other G.U.N. robots in Huge Crisis. In this game, they appear smaller than in Sonic Adventure 2 with a more rounded design and visible eyes. They sometimes arrive by teleporting. When they spot the player, they will fire gunshots which can be avoided by simply crouching or jumping.

In the console/PC version of Sonic Generations, Gun Hunters from somewhere across spacetime appear as enemies in both Acts of City Escape. In this game, they were redesigned with more realistic feet, larger shoulders and jetpacks. They also do not have a crouching position like in Sonic Adventure 2, and they hold their weapon like a minigun. In gameplay, the Gun Hunters can charge their shot and fire it as a yellow bullet. They can also fly at high speeds through the air. In Act 2, they are blown away upon impact when attacked, like all of Modern Sonic's enemies, and can be used to hit other enemies if hit at the correct angle. In City Escape Act 1, a group of Gun Hunters will fly out of the GUN Military Truck to attack the player.

In the Nintendo 3DS version of Sonic Generations, the Gun Hunters appear in both Acts of Radical Highway. In gameplay, they either suddenly bump into Sonic from the sky and shoot a laser beam at him or are found stationary in specific sections and tracks Sonic's movement to shoot at them. In either case, the Gun Hunters still possess a degree of maneuverability that allow them to track Sonic even if he goes behind them, although their slowness in firing their beams allows the player to destroy them easily.

During some sections of its stage, a Gun Hunter can also be seen in the background firing its laser beam at Sonic.

In the Sonic the Hedgehog comic series and its spin-offs published by Archie Comics, Gun Hunters appeared as robots utilized by the Guardian Units of the Nation in their war against the Eggman Empire. 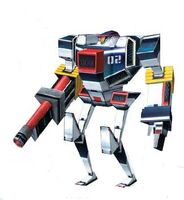 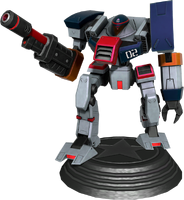