A peaceful hill with underground caves.

Tumble down rolling hills and splash through the chilling waters in an underground cavern. Bounce on springboards but not on spikes. Ouch!
— Description, Sonic the Hedgehog (8-bit) manual[1]

Green Hill Zone, again like its 16-bit counterpart, is filled with rolling plains of green palmtrees, wooden totem poles and jauntily colored flowers. Tall mountains can be seen in the horizon, behind a blue lake. Like its 16-bit counterpart, all the Green Hill Zone's tile landmasses have checkerboard patterns. This Zone also exclusively include cavern sections with simple, brown wall tiles.

Green Hill Zone has several basic gimmicks, such as Springboards and floating platforms that are either stationary or move back and forth in different patterns. On tall hills, the player can also perform the Spin Attack to roll down hills at high speed and then be sent into mid-air by small ramps at the feet of the hills.

Act 1 is a linear track without alternate pathways. After climbing a huge hill and obtaining the Invincible, the player can roll down the hill slope and get sent into mid-air by a ramp. Picking up Power Sneakers nearby the ramp lets the player go through the Act even faster. There are also sections with wide pits of Spikes which the player has to cross using floating platforms.

Setting itself apart from its 16-bit counterpart, Act 2 starts with the player falling into a cave complex that they must navigate to get out. It should be noted that a Shield can be found on the left side after falling in the cave. The lowest point of the cave is partly filled with low water and has Spikes on the ceiling. By using quick Spin Attacks, the player can defeat incoming Crabmeats. After finding the Arrow Monitor, the player then has to climb out of the cave complex. The player's next task is then to cross a pit using moving platform. Afterwards, the player can use Spin Attack to roll down a hill and get sent into mid-air, towards the end of the Act.

In Green Hill Zone Act 3, the player will be facing the boss of Green Hill Zone. This boss will be Dr. Robotnik and his Egg Mobile. During this boss battle, Robotnik will hover around at the top of the screen, occasionally dropping down to make a dash attack. Only during this attack does he put himself within the range of the player's Spin Jump. After eight hits, this boss will be defeated. 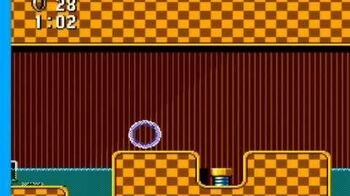 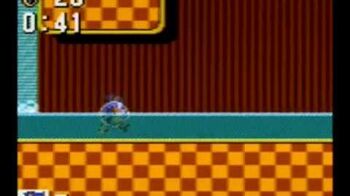