Grab it! Kri Ma Djinn is a minigame that appears in the Party Mode gameplay on the Wii video game, Sonic and the Secret Rings.

Each player is given a new to catch as many Kri Ma Djinn as possible while the Djinn are flying from being burst out of pots. The player that catches the most Kri Ma Djinn is the winner of the minigame. 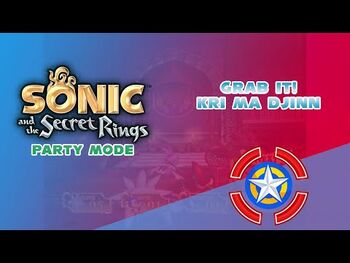