A forest filled with several different types of frogs.

There are huge frogs in this jungle. Once they start to croak, it will start to rain and you'll be spotted easily.

Frog Forest is the ninth stage in Sonic Heroes. The stage is played differently for each team. There are Giant Frogs that can be found within the level, which have the power to create rain and make plants grow faster, allowing teams to progress through the level.

During Team Rose's version of Frog Forest, Big the Cat mentions that Froggy comes from the Frog Forest. This fact is backed up by the fact that the frogs here are very similar to Froggy in appearance, although much larger.

This level is preceded by Egg Albatross and followed by Lost Jungle.

After destroying Egg Albatross in Bullet Station, the heroes go north to a canopy. Team Sonic goes through the forest to stop the Egg Fleet. Team Dark must go through the forest to make Eggman explain about the Shadow Android at the Egg Albatross crash. Team Rose now searches for Froggy and Chocola in addition to Sonic after concluding that Eggman stole them, and Team Chaotix must sneak through the forest while avoiding Eggman's robots and the giant frogs, the latter of which will alert the robots if they spot the Chaotix.

The following is a list of requirements to attain a rank for each mission with each team.[1] 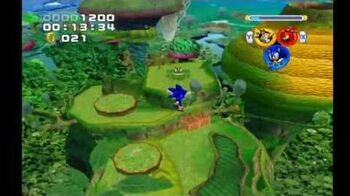 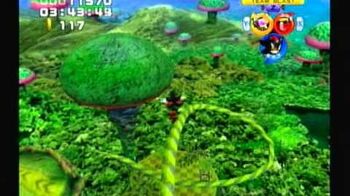 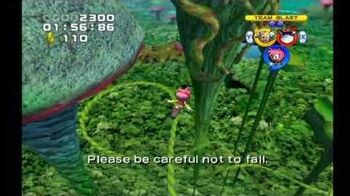 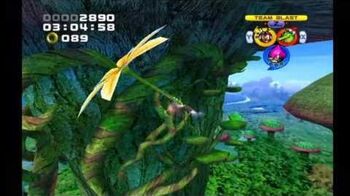 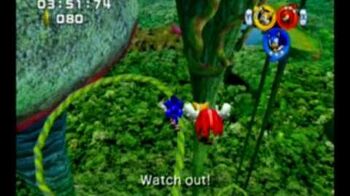