Keeper of the Time Stones

The Floating Island[1] is a location that appears in the Sonic the Hedgehog television series. It is a mythical island floating high above Mobius that hosts the legendary Time Stones.

The Floating Island is a small, flying landmass hidden among dense clouds, making it barely noticeable. Tall trees with autumn leaves surround the island on the edges. In the center of the island lies a white palace with elements reminiscent of clock faces incorporated into its architecture. The entrance to the palace is guarded by two stone Gargoyles, which will come to life to attack intruders when they get close.[1]

In the middle of the palace is a vestibule made up of green bricks. Inside this room is a purple door with golden decorations that, when opened, will briefly emit a powerful white light. Beyond this door, the rest of the palace is a twisted staircase maze where space has seemingly been warped. The exit from this chamber comes in the form of a white door. When passing thought it, the visitor will be taken down a waterfall, which in turn will deposit the visitor onto a floor that resembles a chessboard. The Keeper of the Time Stones can be found in this chamber.[1]

Regarded as a myth by most of Mobius' inhabitants, the Floating Island was discovered by Dulcy when she bumped into it.[1] 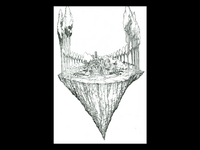 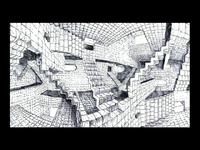 Retrieved from "https://sonic.fandom.com/wiki/Floating_Island_(SatAM)?oldid=2343262"
Community content is available under CC-BY-SA unless otherwise noted.