The Final Fortress in full, from Sonic Heroes.

This must be Eggman's headquarters!

The Final Fortress (ファイナルフォートレス, Fainarufōtoresu?) is the fourteenth and final stage in Sonic Heroes.

Final Fortress is a giant whale shark-shaped battle flagship and is located in the heart of the Egg Fleet, where it seems to be permanently surrounded by rough weather. In the very core of the flagship lies a giant structure with a mechanical version of Eggman's head on top, hiding the power core of the vessel.

Team Sonic must take down the battleship by destroying its power core. Team Dark must reach this power core and capture the Doctor. Team Rose goes to find Froggy and Chocola, whom they believe have been kidnapped by Dr. Eggman. Team Chaotix goes to find the Keys to free their client and meet him in person. After reaching the core, Neo Metal Sonic, disguised as Eggman, attempts to finish off the heroes in the Egg Emperor.

Final Fortress has many different sections crossed with grinding Rails, Tornado Jump poles, cannon fire, and the best of Dr. Eggman's robotic army. Some parts of the stage collapse; others can be detonated. Laser fire occurs periodically throughout the stage as well. The most common enemy there is the E-2000.

In the Nintendo 3DS version of Sonic Generations, the Final Fortress returns as the battlefield where Modern Sonic faces the Egg Emperor.

In Team Sonic Racing, the Final Fortress appears as the final location in the game and serves as Dr. Eggman's main base in the story mode. It has three racetracks, each of which explore different aspects of the location.

During the events of the game, the Final Fortress served as the main base of Dr. Eggman's, who was being accompanied by Orbot, Cubot, Zavok and Metal Sonic. After Dr. Eggman learned that Dodon Pa had constructed the Ultimate Energy Engine, he kidnapped Dodon Pa and brought him to the Final Fortress where he had him work on completing the engine. Sonic and his friends eventually arrived on the Final Fortress and faced Eggman and his henchmen several times in order to save Dodon Pa, not knowing that they were inadvertently helping complete the engine. After the engine was finally complete, Eggman stole it and used it to power his Death Egg. However, the Death Egg soon went crazy and destroyed the energy core onboard the Final Fortress. While Eggman and his henchmen fled the airship, Sonic and his friends saved Dodon Pa. With the destruction of Final Fortress however, the cars that Dodon Pa donated to Sonic and his friends were destroyed as well, but as thanks to the heroes for saving his life, Dodon Pa promised that he would prepare new cars for them all.

In the Sonic the Hedgehog comic series and its spin-offs published by IDW Publishing, the Final Fortress was the flagship of Dr. Eggman's Egg Fleet. Its past is virtually identical to its game counterpart's, up until after the events of Sonic Forces. 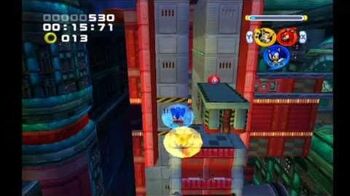 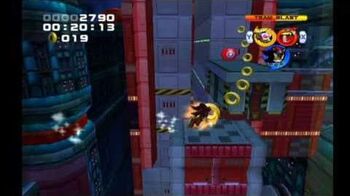 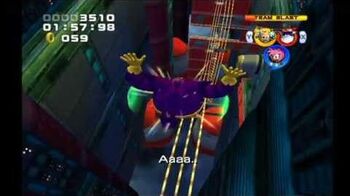 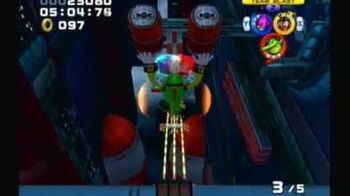 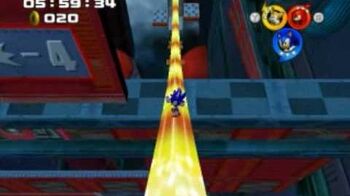