Shadow in Final Chase, from the 2012 remaster of Sonic Adventure 2.

The outside of the Space Colony ARK.

Final Chase is the fourteenth and final stage in the Dark storyline of Sonic Adventure 2, and last stage playable with Shadow. It represents Shadow's run through the Space Colony ARK's underside to intercept Sonic after finding out he's alive and heading towards the Eclipse Cannon. It is the equivalent to Sonic's stage, Final Rush.

After finding out that he may not be the real Shadow and that Rouge is a government agent, Eggman informs Shadow that someone is headed for the Eclipse Cannon. Shadow immediately heads out to destroy the intruder.

This stage consists of numerous Grind Rails, but the main gimmick of this stage are "spinning drums". These drums have a magnetic pull that draws Shadow to them. They only allow one direction when running on them: up or down. Some parts of the stage consist entirely of these spinning drums.

There are plenty of Item Boxes with Ring power-ups scattered all over this stage. The player must avoid attacking as many enemies as possible to lessen the chances of losing Rings, and beware of the Meteorites near the spinning drums.

After the sixth Point Marker, the player must navigate a series of horizontal spinning drums until Shadow reaches a Pulley. They must then use the Pulley to reach a vertical spinning drum and climb it to the top. When the player gets there, instead of using the Spring, they should instead grab onto another Pulley which will lead to a platform where an Ancient Ruin is. They must then play the Mystic Melody to make a row of Rings appear, then Light Speed Dash across them to reach another vertical spinning drum. At the top of this drum is a Pulley that leads to the lost Chao.

Successful completion of this mission depends on how quickly the player can navigate the spinning drums. They should jump off of them at the earliest opportunity and skip over as many as possible. For instance, when going down a steep hill, the player can jump from the top of it and push forward on the Control Stick to skip substantial chunks of this stage.

This mission is quite difficult for a couple of reasons. First and foremost, there are a lot more Artificial Chaos, and their tendrils have a much greater range. Secondly, there are now enemies waiting at the top of many of the spinning drums. Also, some of the spinning drums can now only be reached via short Grind Rails or floating Springs.

The Level Up Item in Final Chase is Shadow's Mystic Melody, which allows him to activate Ancient Ruins.

The item is found on a small platform at the highest point in the green cylinder area.

After the sixth Point Marker, there will be a spinning drum section that leads past it. Inside the first spinning drum near its beginning, the player can spot Big. 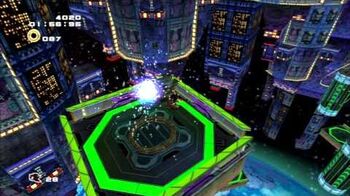 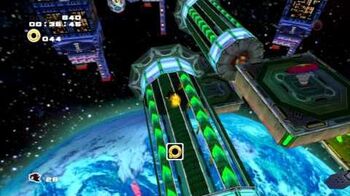 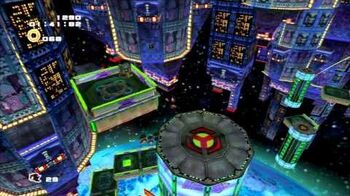 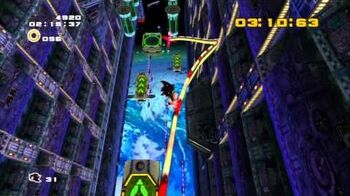 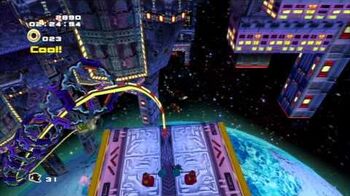