Extreme Gear (エクストリーム・ギア, Ekusutorīmu Gia?) is the main source of transportation in Sonic Riders and its sequels, Sonic Riders: Zero Gravity and Sonic Free Riders. They are capable of allowing their rider to fly, or at least hover at high speeds, and can reach speeds of 200 to almost 400 miles-per-hour. In Sonic Riders, Extreme Gear required the use of air as fuel, but this concept was dropped in Zero Gravity for the use of a Gravity Meter, though it was brought back for Free Riders and the Gravity meter was dropped. Extreme Gear is the way of choice to get around for the Babylon Rogues, as well as Sonic, Tails, Knuckles, and Amy during the Sonic Riders games. The EX World Grand Prix is an international tournament, centered in Metal City, for Extreme Gear riders. Extreme Gear comes with in-game characters and can also be purchased with rings earned in races.

Extreme Gear comes in several different varieties, each with different attributes in top speed, acceleration, handling, and power. Every character has a "starting Gear" with statistics specially designed for that rider, and in most cases only that rider can use that Gear.

Boards are the most common Extreme Gear, and the first available to the player in either game. In fact, they are so common that almost every character's "starting Gear" is a board. In Sonic Riders, boards are the more balanced class of Gear, having average statistics and an average rate of fuel-consumption (in this case air), and is used in Story Mode by every character except Dr. Eggman. In Zero Gravity, Boards are again a balanced, middle class, with average statistics, and allow the rider to grind on rails (an ability previously restricted to characters, not their Gear). Every character in both games rides a board (or can ride a board) except Dr. Eggman, who rides bikes, and the SCR robots, who use Wheels.

Skates are a less powerful class of extreme gear, but are more agile and, in Sonic Riders, are more fuel-efficient. In Zero Gravity, skates are one of the two classes of Gear that can allow their rider to grind on rails (an ability previously restricted to characters, not their Gear). In Sonic Riders, skates must first be unlocked by completing the Heroes Story Mode before they can be bought, much less used. Shadow the Hedgehog is the only character who rides skates as his "Starting Gear". All characters can use skates except Dr. Eggman (who rides bikes), the E-10000 robots (who can only ride boards), and the SCR robots (who use Wheels). They resemble roller blades or inline skates.

Bikes are a more powerful but less maneuverable class of Extreme Gear. In Sonic Riders, bikes are also less fuel efficient. In Zero Gravity, bikes allow the rider to punch through obstacles and barricades (an ability previously restricted to characters, not their Gear). In Sonic Riders, bikes must first be unlocked by completing the Babylon Story Mode before they can be bought and used, much like skates are unlocked on the completion of the Heroes Story Mode. Dr. Eggman is the only character who uses a bike as his "starting Gear". Every character can use bikes except Ulala, the E-10000 robots (who can only ride boards), and the SCR robots (who use Wheels).

Yacht Gear was introduced in Zero Gravity. Despite the name, Yacht Gear is more reminiscent of windsurf boards than boats. Like Air Ride Gear, Yacht Gear allows the rider to fly until he or she loses momentum (an ability previously restricted to characters, not their Gear), and also allows the rider to draft or "slipstream" behind opponents, reducing drag and helping to increase speed. Every character can use Yacht Gear except Dr. Eggman, who rides bikes (and wheels in Zero Gravity), and the SCR robots, who use Wheels.

Wheels were introduced in Zero Gravity. Wheels are the largest Extreme Gear, as they need to be tall enough for the rider to sit inside and pilot. Wheels are the only Gear in Zero Gravity with the ability to powerslide, which in Sonic Riders was available to all Gear but required extra air consumption. Not everybody can use wheels.

Extreme Gear comes in many different shapes and sizes, and many unorthodox Gear are present in both Sonic Riders games. In fact, the first Extreme Gear ever made is actually a carpet, similar to one a genie would use. Other unconventional Gears include a flying broomstick, a cloud, and even the Opa Opa spaceship. These Gear still belong to one of the six classes listed above,this also counts for the chaos emeralds

While the creation of most of the Extreme Gear available to buy don't have much explanation on who made them, there are the few business corporations that were mentioned for the characters' own Extreme Gears as well as a few other Gears. Some of the Gears were redesigned by either Tails or Wave to fit their friends' skills.

Dr. Eggman's corporation that produces Extreme Gear. First appearing in Sonic Riders and responsible for the character boards, even Sonic, Tails and Knuckles' boards. However, Eggman may have provided, or at least sold the boards which Tails then modified to suit his friends' needs.

While the Babylon Rogues may be a band of thieves, they seem to have their own business in production of Extreme Gear. However, since the only Gears made by Babylon Standards are the Type Gears, these Gears are solely for themselves. In Sonic Riders: Zero Gravity it was never mentioned, just that Wave redesigned Type-J, S and W.

Introduced in Sonic Riders: Zero Gravity, this corporation is responsible for most of the Extreme Gear products Robotnik Corp. made in the last game except for Blue Star and Red Rock which were redesigned by Tails. (The Yellow Tail built anew from the ground up.) It could be a front by Dr. Eggman or that Robotnik Corp. and all its licensed Extreme Gear were sold and renamed or they simply continue production where Robotnik Corp. finished. Either way they now provide the character boards of the game. 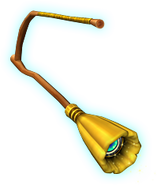 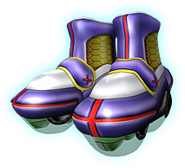 Retrieved from "https://sonic.fandom.com/wiki/Extreme_Gear?oldid=764132"
Community content is available under CC-BY-SA unless otherwise noted.