You may be looking for Sonic Token, Medals, and/or Red Rings.

Emblems resemble giant rings with wings. Sonic is usually seen in an emblem performing a pose. In Sonic Heroes, they have the speed, power and flight symbols on the ring with wings. They bear a resemblance to the title screens of early Sonic games for the Sega Mega Drive/Genesis.

In Sonic Shuffle, emblems have a different purpose in that they are handed out to players at the end of a board as prizes for certain accomplishments, with the player having the most emblems and rings being declared the winner. They are awarded for the following achievements: 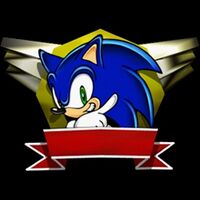 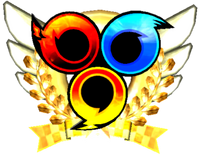