"Eggman for President" is the forty-first episode of the anime series, Sonic X, as well as the third and final episode in the Egg Moon Saga. It first aired on 11 January 2004 and 22 January 2005 in Japan and the United States respectively.

As Sonic's Mirror Tower-destroying rampage continues, the President decides to send G.U.N. out to stop him with Rouge and Topaz. However, on the way, Rouge and Topaz come across the transmitter controlling the Egg Moon, but are unable to damage it. Meanwhile, Eggman reveals that his Sunshine Balls are transmitting a hidden brainwashing signal to convince the citizens to support him and turn against Sonic.

At the Thorndyke Mansion, Amy manages to break down a wall to allow everyone to get to the X Tornado, but find their path blocked by an angry mob led by Jerome Wise. Luckily, Sam Speed and the Speed Team arrive to force Jerome and the mob to disperse under threat of facing them if they so much as laid a hand on his nephew or Sonic's friends. The way clear, Tails and Chris take Amy and the others in the X Tornado to find Sonic, while several citizens convince Knuckles to confront Sonic. Knuckles and Sonic's fight is soon interrupted by the arrival of the X Tornado and G.U.N. with their Hot Shots. Sonic reveals that the Egg Moon can't possibly block the sunlight all the time, because the Earth is rotating, the moon is rotating around the Earth, and the two are both revolving around the sun. If the Egg Moon had really stopped moving, the rotation would allow for sunlight most of the time; therefore, Eggman is lying and controlling the Egg Moon.

When Topaz and Rouge hear this, they relay the info back to the President, who is left in disbelief that he's been tricked again. Eggman takes the President and Christina hostage, ensuring he's free to take over the White House and the country, but is thwarted when Sonic and co. show up to save them with support from Mister Stewart. The Egg Moon is taken out of Eggman's control by Knuckles, who traveled to the Egg Moon on a space shuttle with Mister Tanaka, Topaz, and Rouge, and Eggman is sent to jail with Decoe and Bocoe after falling for a trick Sonic and his friends set up to lure Eggman into finally being arrested and incarcerated. The people of Station Square then cheer for Sonic, who runs away to avoid being mobbed by his fans. Sonic’s friends witness this, and Chris happily says they knew Sonic was the hero all along. 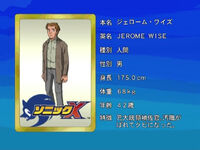 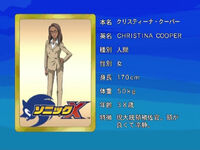