The Egg Wizard (エッグウィザード, Egguu~izādo?) is the hidden true final boss of Sonic Rush Adventure. It is a giant wizard-theme mech that was used by Dr. Eggman and Eggman Nega to harness the Power of the Stars with the Jeweled Scepter. However, it was destroyed by Super Sonic and Burning Blaze.

With the Power of the Stars-infused Jeweled Scepter in its possession, the Egg Wizard is one of the most powerful robots ever used by Dr. Eggman and Eggman Nega (along with the Egg Salamander). Its power surpasses both the Chaos Emeralds and Sol Emeralds', and just a fraction of it could destroy Blaze's entire kingdom.[1][2] Super Sonic even stated that he and Burning Blaze had no chance against the Egg Wizard on their own.[3] The sheer force of its power can create earthquakes and when channeled, it can destroy entire planets.

On its own, the Egg Wizard is capable of flight at speeds matching that of Super Sonic and Burning Blaze. It can also launch excessively large missiles and restore itself at will.

During its battle in Deep Core, the Egg Wizard wielded the Jeweled Scepter, an ancient scepter capable of tapping into the Power of the Stars, which is the source of the mech's strength. With it, the Egg Wizard can perform magical-based attacks. These include projecting fire orbs of varying intensity, conjuring up explosive dragon-based homing projectiles made of fire, generate electrical balls that can turn into beams with enough strength to paralyze even a Super State user, and summon meteors. Its ultimate attack however, is its "Planet-Buster Laser", a large energy blast which can destroy a whole planet.

The Egg Wizard was used by Dr. Eggman and Eggman Nega to appear before Sonic, Blaze, Tails and Marine on Southern Island after the doctors stole the Jeweled Scepter. Announcing themselves as the masterminds behind Captain Whisker and the previous theft of the Jeweled Scepter, the doctors headed underground in the Egg Wizard to unlock the Power of the Stars to create a multidimensional Eggmanland across Sonic's world and Blaze's world.

The first section has the Egg Wizard flying away and Super Sonic and Burning Blaze must catch up. The Egg Wizard has three attacks to start out with when Sonic and Blaze catch up. One of them is firing fire balls at them. The green ones go slowly at them, while the blue ones go faster. Sonic can deflect both types, damaging the Egg Wizard. He will also shoot three fire dragons that will home in on the player and explode on contact. These can also be deflected. He will also fire a flaming stone at them, which will let out a large shockwave when it hits. Although it can be deflected, it must be deflected with Sonic's attack at full charge. Plus, it will take the mech a short while to target the attack, so Blaze can attack with her fireballs in the meantime. After taking a large amount of damage, the Egg Wizard will regain some of his health, and get two new attacks. He will shoot out a large wave of lava that the player must avoid. He will also fire electrical charges that will stun the player for a few seconds. After losing most of his health, he will regain some of it again, and get a new attack. Now it can fire large missiles at the player. The missiles with rounded tips can be deflected by Sonic. The player must keep fighting until the Egg Wizard's health is completely gone, and the game will be completed. 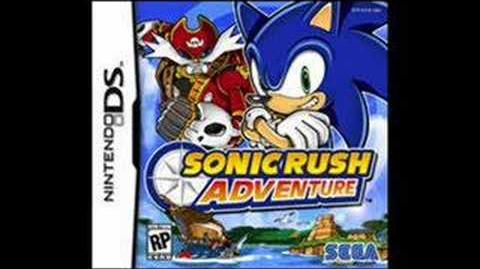 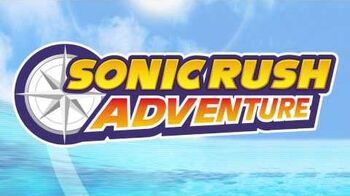