The interior of Eggman's pyramid base.

This stage takes place deep within Dr. Eggman's pyramid base.

Egg Quarters is filled with dangerous enemies that Rouge must either defeat or avoid. This stage is also notable for enemies called Egg Beetles, which roam around the entire stage.

Rings are scarce in this stage, so the player must avoid taking any damage. To collect 100 Rings as quickly as possible, the player should start by grabbing every one from the starting room. They should then take the exit beneath the giant scorpion statue and keep going straight until the Egg Snake Chamber is reached, picking up every Ring inside it. From there, they must turn left and head toward the Snake Altar room. Upon entering, they should break the Wooden Container to the left, next to the caged Half Fish, to reveal a 20 Rings Item Box. If everything is grabbed from this room, it is possible to obtain 100 Rings by Gliding from the tops of the pillars or by collecting the Rings atop the large central platform.

The player should first play the Mystic Melody at the Ancient Ruin atop the large center platform in the Snake Altar room and jump into the Warp Hole that appears. The player will then be transported to a room with a giant Weight lying in the center and a painting on the left. They must Dig into the painting, and they will enter a similar room with another painting in the shallow hole on the floor. The player must then break through the first Steel Container in the ground south of the far left corner and hit the exposed Ball Switch, then Dig into the painting in the floor to be transported to the previous room where the Weight is now suspended in midair. The lost Chao can be found underneath it.

Since this stage is relatively small and circular, the player should simply run around until something comes up on the Emerald Radar. The points received from finishing early are substantial, so the player can use a Hint Box without noticeable consequences.

The Level Up Item in the Egg Quarters is the Pick Nails.

The Pick Nails are inside a room in the Egg Fish Chamber. To find them, go forward from the Egg Scorpion Chamber until Rouge reaches the Egg Fish Chamber. From there, find a Ball Switch to activate a missile to fire at an Unbreakable Container. This causes some Containers to break under the fish statue, granting the player access to the room. When walking up to the Level Up Item however, beware of a Weight that will fall on Rouge if she steps under it.

In the Snake Altar room, Climb up to the top of one of the six highest pillars. From there, Big can be seen hanging onto a wall above the room, close to the picture of a flower.

In 2P Battle, there are no Egg Beetles. Also, both players will start in the Egg Fish Chamber and the room where the Pick Nails would have been in is accessible, but the path between the Egg Scorpion and Egg Snake Chambers is blocked off. 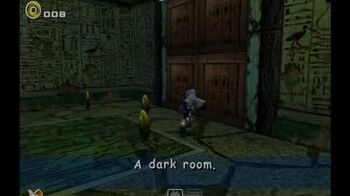 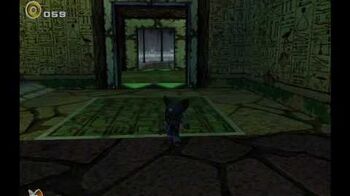 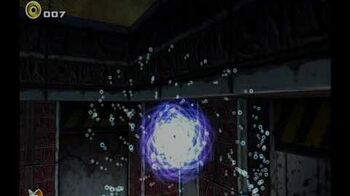 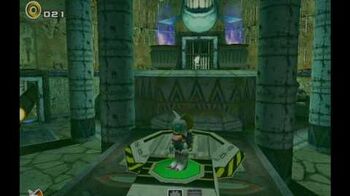 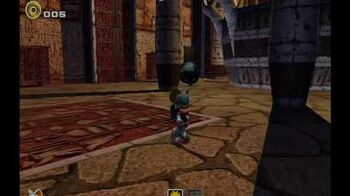