A group of Egg Flyers.

It is a hovering robot created by Dr. Eggman and dispatched throughout Soleanna. The Flyers often appear in areas that cannot be crossed easily without falling, such as bottomless pits or steep falls. They fire bullets and missiles as their two main weapons.

In Sonic the Hedgehog (2006), the Egg Flyers appear as enemies during gameplay. They can be easily defeated by a Homing Attack, and can sometimes be used by the player to cross over bottomless pits by defeating several Egg Flyers in succession, allowing them to progress through the action stage. Flyers often appear in groups to attack the player and are stronger than their more advanced forms below. 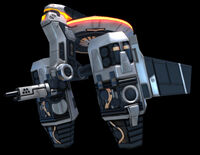 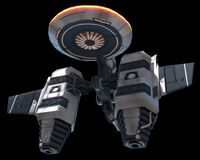