Not to be confused with Humpty, a robot from Dr. Robotnik's Mean Bean Machine.

E-47 Pumpty is a character that appears in the anime series Sonic X. It is an E-Series robot used by Doctor Eggman.

Pumpty is a large red-violet robot with an all-around glass encasing center. It has large construction digging claws for arms and feet and one large green eye on its top.

After Dr. Eggman tricked Knuckles into fighting Sonic, the doctor dispatched his E-47 Pumpty to the Silver Valley area and had it lie in wait in a lake. When Amy, Tails and Chris stopped by the lake for a picnic, Pumpty emerged and scooped the three of them in to its super strong holding chamber to keep them out of the way as Sonic and Knuckles fought each other nearby. As the battle waged on, Tails managed to unscrew the access panel to Pumpty's internal workings and tried to rewire it, only for Amy to pull out her Piko Piko Hammer and smash it, causing an explosion that cracked open their container. The billowing smoke caught the attention of Sonic, who spotted Eggman and quickly left the fight to stop him. The blue hedgehog quickly took out Pumpty's legs, only for the robot to transform and walk inverted and unleash gunfire on Sonic. Knuckles quickly interfered, telling Eggman to stay out of his fight. Eggman then ordered Pumpty to fly to the other side of the lake due to Sonic's adversity to water and attempted to hold Tails, Amy and Chris ransom for a Chaos Emerald, only for Sonic to run around the lake and knock the robot down. His friends freed, all seemed well until Pumpty rose again, unleashing a hail of bullets and barrage of missiles in all directions, only for Knuckles to charge through the maelstrom, punch his way to the top of the robot, shoot Eggman into the sky with one hook and destroy E-47 Pumpty with a single well-placed thrust to its head.[1] 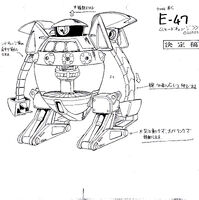 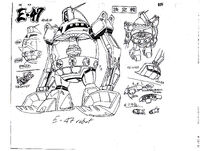 E-Series
Retrieved from "https://sonic.fandom.com/wiki/E-47_Pumpty?oldid=2299169"
Community content is available under CC-BY-SA unless otherwise noted.