Dreamcast Collection is a game compilation for the Xbox 360, PC and Steam. It features four of the best-selling Dreamcast games created and released by Sega. Dreamcast Collection also features enhanced HD graphics for all versions, and each game is slightly retouched. Achievements and online leaderboards are available on the Xbox 360 and Steam releases for each game. In 2016, the Steam release of the game was updated and two games were added to the collection, NiGHTS into Dreams, Sonic Adventure 2, and Jet Set Radio.

Dreamcast Collection is a combination of four original Sega-hit titles released for the Dreamcast. The original versions are remastered and feature HD graphics and up-to-date console/PC features, including achievements, trophies, and trading cards.

The PC version is yet to have an official score, but contains one positive and one mixed review from critics.[6] The PC versions and Xbox 360 versions of Jet Set Radio, Sonic Adventure 2, and NiGHTS into Dreams... were all met with positive reviews. 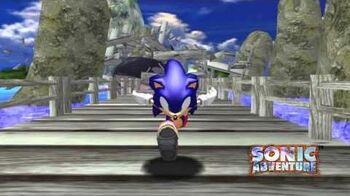